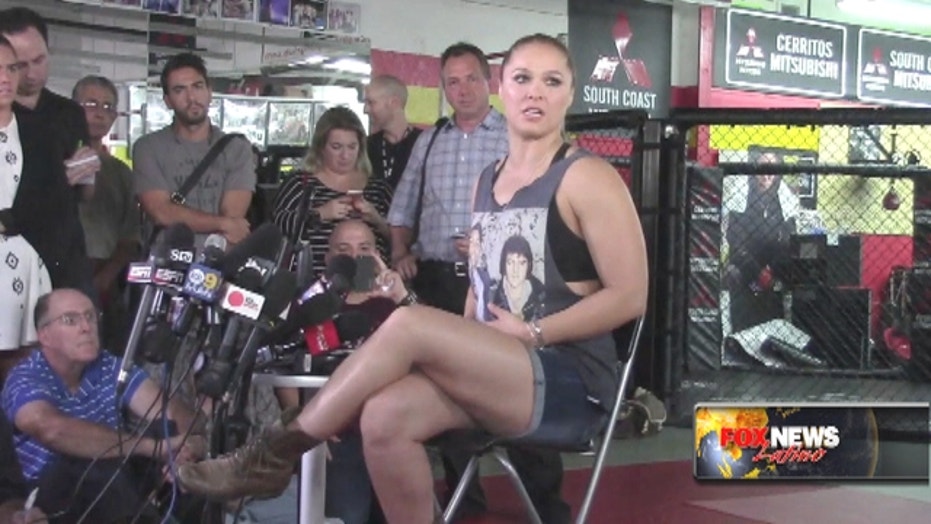 Yes, she did. Ronda Rousey in fact posed for the Sports Illustrated’s swimsuit issue without anything on but a little body paint.

Earlier this week, an Instagram post by the editor in charge of the issue caused a frenzy when fans noticed that the mystery model sporting only a painted black-and-white swimsuit could be the 28-year-old MMA fighter.

“If #2016 keeps going like this, then I’m going to be one happy, happy girl!,” M..J. Day wrote in the caption, tagging the behind-the-scenes photo with #instabooty, #bootypaint and #siswimsuit as well.

Sports Illustrated teased readers further: "We can neither confirm nor deny these rumors, but isn't the idea of Ronda donning nothing but paint enough to tide you over until the issue comes out in February?"

However, the secret was out on Thursday when Rousey and the magazine confirmed her upcoming appearance after candid photos were also leaked.

“Secret's out - so here's a free preview of this year's 2016 SI swimsuit issue,” Rousey wrote in an Instagram post, alongside a screenshot of a tweet from the magazine which showed another photo of her in the body paint swimsuit.

“I was one of the lucky few chosen to be a canvas for a hand painted masterpiece by @joannegair that took 14 hours to put on and photographed by the brilliant @fredericpinet,” she wrote. “These are just behind the scenes shots taken with a phone's camera, can't wait to show you guys the final pics the when the issue hits stands!”

She linked to a Sports Illustrated story that confirmed the leaked photos.

This is the second time Rousey graces the magazine’s pages. She was part of the swimsuit spread last year as well.