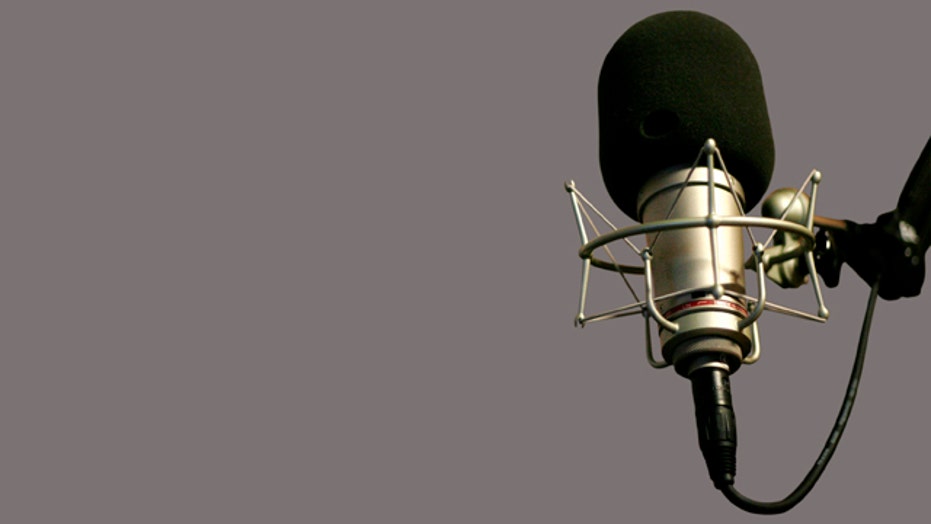 A Denver talk radio show has been canceled after one of its cohosts said on air that he hoped "a nice school shooting" would interrupt news coverage of "the never-ending impeachment of Donald Trump."

Chuck Bonniwell, cohost of the Chuck & Julie show on 710 KNUS, made the comments roughly 22 minutes into the show Tuesday afternoon -- drawing backlash from the families of some Colorado shooting victims.

“All right, Chuck Bonniwell, Julie Hayden here, a little after 1:30, talking about the never-ending impeachment of Donald Trump,” Bonniwell said, according to the Colorado Times Recorder. “You know, you wish for a nice school shooting."

Chuck Bonniwell cohosted the Chuck &amp; Julie show on 710 KNUS with Julie Hayden before it was canceled following a school shooting remark he made on the air.

COLORADO OFFICIALS CALL FOR INVESTIGATION AFTER OFFICER FOUND PASSED OUT, 'INTOXICATED' AT WHEEL OF HIS PATROL CAR: REPORT

Bonniwell quickly backtracked and said: "which no one would be hurt."

On Wednesday evening, 710 KNUS posted a statement on Twitter that the program had been canceled.

"Given the history of school violence that has plagued our community, 710 KNUS confirms that an inappropriate comment was made on the Chuck & Julie show by co-host Chuck Bonniwell. A programming decision was made to end the program immediately," the statement read.

The Denver area has been the site of some notorious school shootings over the years, such as the 1999 massacre at Columbine High School in Littleton and the 2012 shooting at a movie theater in Aurora. The two towns are about 17 miles apart.

3 CHILDREN IN COLORADO HOSPITALIZED WITH MEASLES; DENVER AIRPORT TRAVELERS COULD BE AT RISK: OFFICIALS

Sandy Phillips, who lost her daughter Jessi in the Aurora shooting, suggested on Twitter that Bonniwell should be fired.

"This guy should be fired. Total ignorance. Shootings hurt us all...just ask witnesses and first responders," she said. "You don't have to be shot to be wounded."

John Castillo, whose 18-year-old son Kendrick was killed in the STEM Highlands Ranch School shooting back in May, called Bonniwell's comments "unbelievable."

"Unbelievable that a radio host would suggest a school shooting to distract from the presidential impeachment," he wrote.