CNN’s Chris Cuomo is defending his media colleagues who have been criticized for their Mueller coverage. He says it's ‘not true’ there was no collusion.

The fiery exchange got underway when Rep. Duffy, R-Wis., criticized the media over the reporting of the Mueller investigation. “You’re the reporters. You have a job to make sure you’re putting out the right facts. For two years, you put out the wrong facts,” Duffy said on Cuomo's show Tuesday.

The CNN host responded by defending his colleagues in the press accused of getting the story wrong.

“There is 100 percent behavior by people around the president that qualifies as collusion. Collusion is not a crime it’s a behavior. You should know that,” he said. 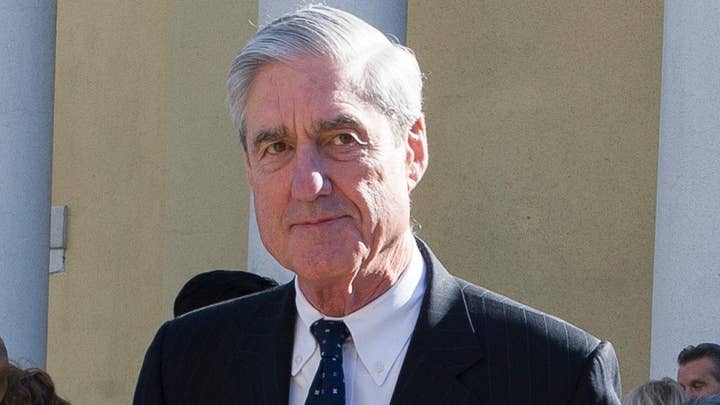 “But collusion with Russia didn’t exist and it was reported on for two years,” Duffy shot back.

“That’s not true,” Cuomo replied. “Mueller says he couldn’t make a criminal case that any of those people helped the Russians interfere.”

Special Counsel Robert Mueller's investigation into possible collusion between Russia and the Trump campaign concluded with the final report submitted to the Justice Department last week. In a letter released Sunday, Attorney General William Barr publicly revealed the "principal conclusions" and more about the investigation that revealed the special counsel did not find that the 2016 Trump campaign colluded with the Russian government. Barr vowed to release as much of the Mueller report as possible.

The two started to get into it when Duffy said there is a need to “analyze how we get our information.” He said “for two years every single hour of every day we talked about it and I think, I don’t want to sit and cast blame on you, I think you have been fair, but I look at the American people and they go, ‘Do I trust the media? Do I trust the Democrats who have been pedalling this story that is absolutely false?”

REP. ADAM SCHIFF DOUBLES DOWN ON TRUMP GUILT CLAIMS AFTER MUELLER PROBE: 'UNDOUBTEDLY THERE IS COLLUSION'

Cuomo interrupted saying, “Part of the reason you are asking yourself that Sean is because for the first time in our history you have a president who tells everybody that the media is our enemy and that the institutions of our democracy can’t be trusted.”

“But if the media was doing its job they would be far more skeptical of some of the details that they got,” Duffy said.

“But we are not the investigators,” Cuomo said.

That is when Duffy responded by saying “but you are the reporters,” adding it’s the responsibility of reporters to make sure they are putting out the “right facts.”

Duffy later said the “good news” is the media no longer has to report on Russia collusion and suggested the media focus on “all the good news” citing the fact that unemployment is down, that “we’ve crushed ISIS,” among other examples.

Later in the conversation, Duffy said he wants to know how this story started and the topic of collusion resurfaced between Cuomo and the Republican representative.

“Collusion is when you are doing sneaky things with people you know you are not supposed to do it with,” Cuomo said. “Might it be a crime, maybe, maybe not. That is what was going on with the Trump people and we don’t know whether or not the president knew about it. They may not be crimes, but shouldn’t they be things the American people (should) know about?”

“That’s what they want, that’s why they were promoting different sides of different issues trying to create dissension and the media played into that dissension for two years dividing America, playing into what Russia wanted to have happen...” Duffy said.