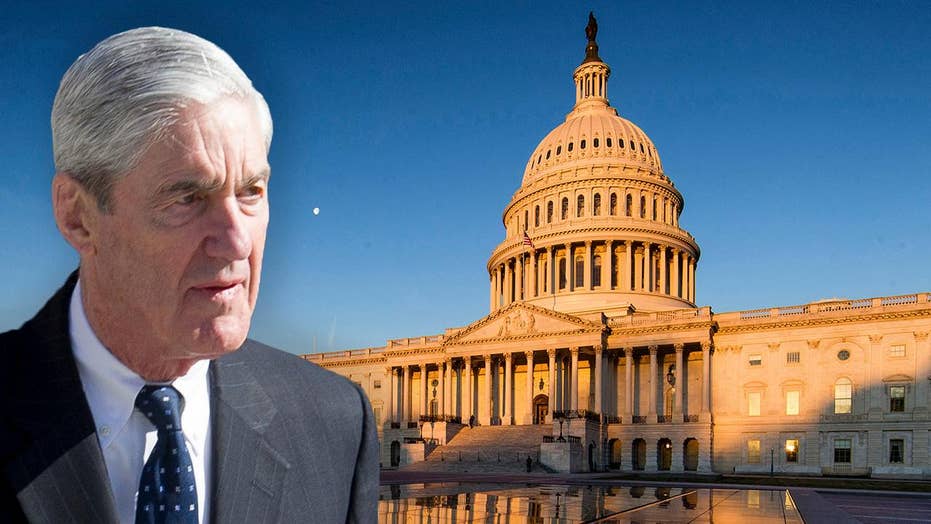 According to a senior Department of Justice official, Barr did not tell Graham, R-S.C., that he intends to share the report with the White House in advance of the public release.

Graham told Fox News that Democrats pushing to have the report released by April 2 "have no clue."

"I don't know what's magic about next week," he said, adding that based on what Barr told him about releasing the report, "he didn't think it would be forever." Graham and Barr are scheduled to speak again later Tuesday night.

A Justice Department official detailed to Mueller’s team, meanwhile, has now been detailed back to the DOJ to help sort through the report in order to determine what is permissible to release publicly and what is not.

Mueller submitted his long-awaited report to Barr last Friday and it was quickly revealed that no further indictments related to the probe would be forthcoming.

A four-page summary released Sunday by Barr discussing the “principal conclusions” of the 22-month investigation stated that Mueller did not establish evidence that President Trump's team or any associates of the Trump campaign had conspired with Russia to sway the 2016 election -- "despite multiple offers from Russian-affiliated individuals to assist the Trump campaign."

Although Mueller noted that his report did not "exonerate" Trump on obstruction-of-justice accusations, Barr wrote, the "report does not recommend any further indictments, nor did the Special Counsel obtain any sealed indictments that have yet to be made public."

Trump later tweeted that the summary results equated to "Complete and Total EXONERATION!"