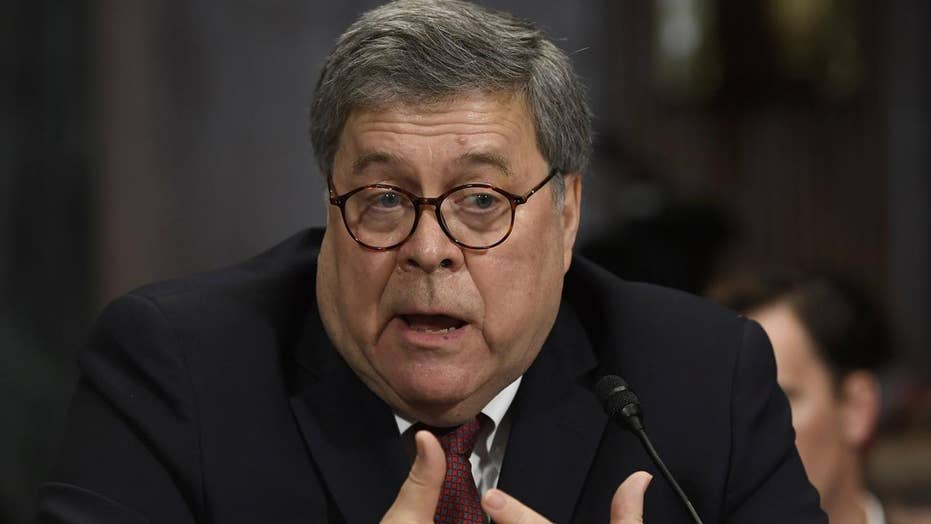 CNN’s Wolf Blitzer asked a top Democratic lawmaker whether he and his colleagues are considering putting Attorney General Bill Barr into jail if he refuses to comply with subpoenas.

Rep. Hakeem Jeffries was quizzed by the veteran host about possible jail time for the attorney general during an interview following Barr’s decision to skip a House hearing on Thursday, prompting House Judiciary chair Jerry Nadler to threaten him with a subpoena.

“If Nadler moves forward and your leadership moves forward with contempt, and they still refuse to comply, what do you do next, how do you get this thing moving?” Blitzer asked.

“Do you impose fines, do you suggest maybe even as some have said jail time for the Attorney General of the United States?”

“Do you impose fines, do you suggest maybe even as some have said jail time for the Attorney General of the United States?”

The New York Democrat said that while he and his colleagues are considering holding Barr in contempt of Congress, no one is seriously thinking about to jailing the top law enforcement official in the country.

“We have to make sure that we do not allow this administration to move us away from our Democratic Republic and to speed towards a dictatorship because we have an individual sitting at 1600 Pennsylvania Avenue who clearly has done authoritarian tendencies,” he said.

“Jail time is not something that I believe is being seriously contemplated,” Jeffries later added.

Yet while Democrats remain unconvinced of pursuing a strategy of arresting political foes, former Clinton Labor Secretary Robert Reich believes Democrats ought to do exactly that.

“There's an old precedent in this country under the Constitution of the United States that says that the House and the Senate, each chamber, has an inherent power to compel a witness to testify if that witness just refuses,” he told MSNBC's Yasmin Vossoughian.

“That includes arrests and it even includes jail. We forget that because it's been such a long time since that happened, but it's there.”

“That includes arrests and it even includes jail. We forget that because it's been such a long time since that happened, but it's there.”

Vossoughian did little to press Reich about his comments advocating for the arrest of Barr, a move that would send shockwaves through the American political system. In fact, during the same show, she also openly asked a Democrat lawmaker how do “we” respond to Barr.

“You’re bringing up a really good point here. Because one of the, I think, directives here, and the big question here is, do we pursue the Attorney General until he provides testimony for the House?” she asked.

“Or, do we pursue the unredacted Mueller report along with testimony from Bob Mueller? Is that where we put our energy?”