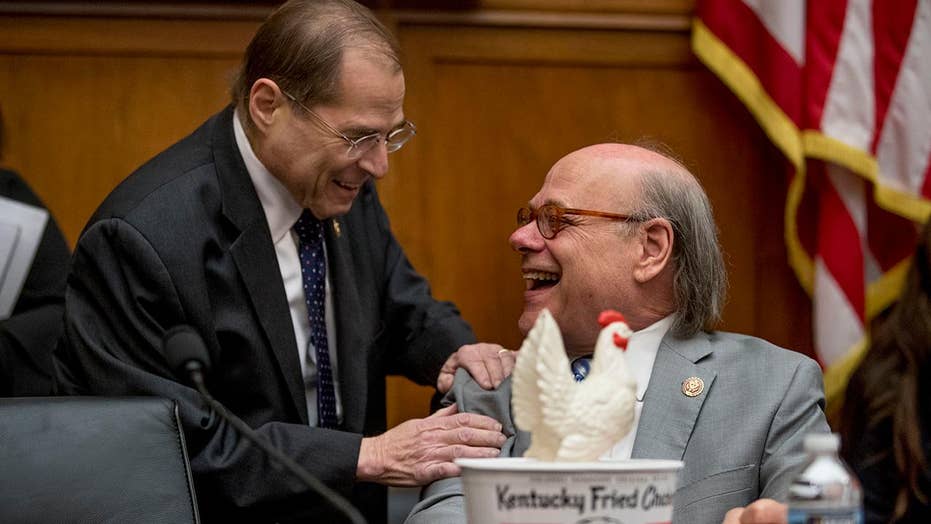 The only thing uglier than an angry Washington is a fearful Washington. And fear is what’s driving this week’s blitzkrieg of Attorney General William Barr.

Mr. Barr tolerantly sat through hours of Democratic insults at a Senate Judiciary Committee hearing Wednesday. His reward for his patience was to be labeled, in the space of a news cycle, a lawbreaking, dishonest, obstructing hack. Speaker Nancy Pelosi publicly accused Mr. Barr of lying to Congress, which, she added, is “considered a crime.” House Judiciary Committee Chairman Jerrold Nadler said he will move to hold Mr. Barr in contempt unless the attorney general acquiesces to the unprecedented demand that he submit to cross-examination by committee staff attorneys. James Comey, former director of the Federal Bureau of Investigation, lamented that Donald Trump had “eaten” Mr. Barr’s “soul.” Massachusetts Sen. Elizabeth Warren demands the attorney general resign. California Rep. Eric Swalwell wants him impeached.

These attacks aren’t about special counsel Robert Mueller, his report or even the surreal debate over Mr. Barr’s first letter describing the report. The attorney general delivered the transparency Democrats demanded: He quickly released a lightly redacted report, which portrayed the president in a negative light. What do Democrats have to object to?

Some of this is frustration. Democrats foolishly invested two years of political capital in the idea that Mr. Mueller would prove President Trump had colluded with Russia, and Mr. Mueller left them empty-handed. Some of it is personal. Democrats resent that Mr. Barr won’t cower or apologize for doing his job. Some is bitterness that Mr. Barr is performing like a real attorney general, making the call against obstruction-of-justice charges rather than sitting back and letting Democrats have their fun with Mr. Mueller’s obstruction innuendo.

But most of it is likely fear. Mr. Barr made real news in that Senate hearing, and while the press didn’t notice, Democrats did. The attorney general said he’d already assigned people at the Justice Department to assist his investigation of the origins of the Trump-Russia probe. He said his review would be far-reaching – that he was obtaining details from congressional investigations, from the ongoing probe by the department’s inspector general, Michael Horowitz, and even from Mr. Mueller’s work. Mr. Barr said the investigation wouldn’t focus only on the fall 2016 justifications for secret surveillance warrants against Trump team members but would go back months earlier.

He also said he’d focus on the infamous “dossier” concocted by opposition-research firm Fusion GPS and British former spy Christopher Steele, on which the FBI relied so heavily in its probe. Mr. Barr acknowledged his concern that the dossier itself could be Russian disinformation, a possibility he described as not “entirely speculative.” He also revealed that the department has “multiple criminal leak investigations under way” into the disclosure of classified details about the Trump-Russia investigation.