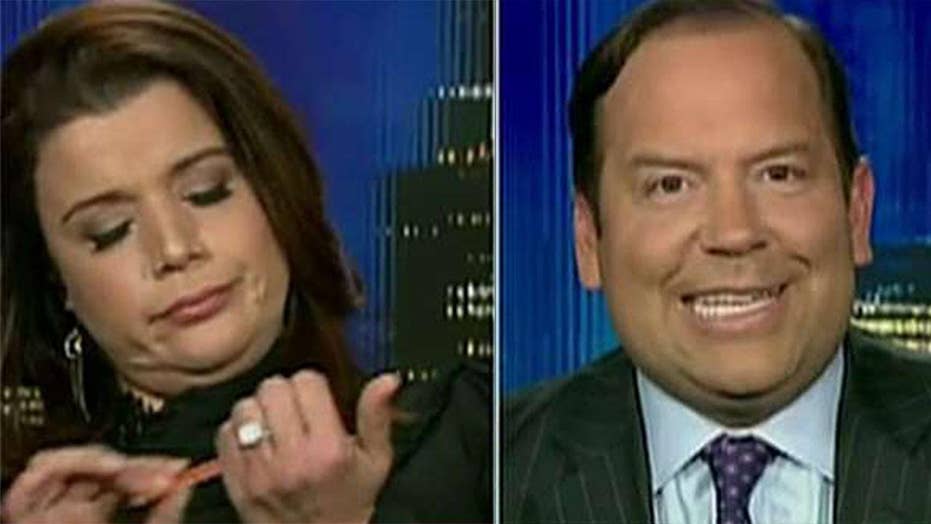 Former Trump campaign adviser Steve Cortes scolds Ana Navarro on Twitter after their fiery debate on CNN on the president's proposal for a border wall.

CNN commentator Ana Navarro took offense on Wednesday night when a pro-Trump panelist suggested she was part of “the left," in a bizarre exchange in which she filed her nails amid the heated discussion.

The panel was discussing Donald Trump Jr.’s earlier Instagram post saying, “You know why you can enjoy a day at the zoo? Because walls work." He then deleted the post after critics accused him of comparing migrants to animals.

Navarro, a former GOP strategist who has become an outspoken anti-Trump TV pundit, ripped into the president’s eldest son, to whom she referred as an “entitled, rich, spoiled, little brat whose only claim to fame is being his daddy’s son,” adding that “Fredo” didn’t make the cut to serve in the Trump administration like Ivanka Trump and Jared Kushner.

She also accused both President Trump and Trump Jr. of “demonizing” immigrants.

Steve Cortes, a former campaign advisor to then-candidate Trump, accused Navarro and “the left” of “giving a “sleight of hand” to the American people for lumping the president’s attacks on illegal immigrants with legal immigrants, something Navarro took exception to.

“I have asked you in the past and I will ask you again today to stop referring to me as ‘left.’ Let me remind you that I was a Republican when Donald Trump was a Democrat!” Navarro exclaimed. 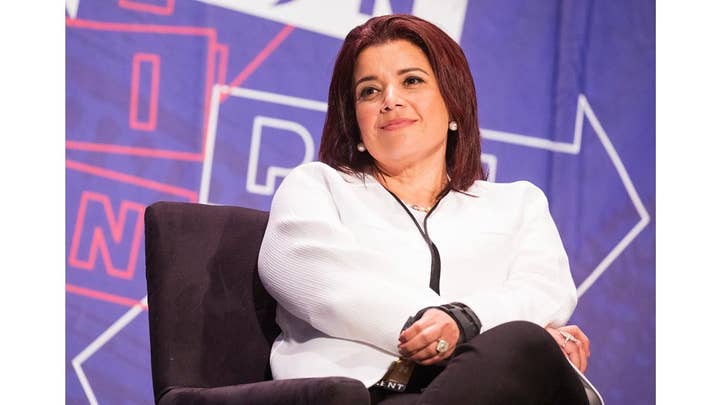 At one point during the heated exchange, Navarro took out a nail filer and began to file her nails while rolling her eyes at Cortes' remarks.

“So if you want to talk about left, you can do whatever you want, but the fact that I do not kowtow to Donald Trump does not make me left!” Navarro shouted.

Cortes doubled down telling Navarro that if she “opposes the conservative policies of this president” that she is “de facto a leftist.”

“I think constitutional judges and tax cuts and sovereignty over our country between our borders, those are absolutely conservative values,“ Cortes responded.

Navarro later slammed “President Loco” for his primetime address, claiming he was “trying to pin brown and black versus each other.” But it didn’t take long for Cortes to revive his “leftist” attack against her, insisting she supports liberal policies like sanctuary cities.

“You sure seem to care!” Cortes shot back.