Not so much, according to a group of Colombians outraged over the depiction of their homeland in Hollywood's "Colombiana," which comes out August 26 and stars Zoë Saldaña.

Non-profit PorColombia has mobilized a Facebook and Twitter campaign against the movie and joined their voice to a chorus of Colombians online who feel the movie reinforces negative stereotypes about Colombia.

"Our main concern is with the title of the movie," said PorColombia president Carlos Macias. "It was chosen because it is a stereotype that sells. Colombia only appears a few minutes at the beginning of the movie where the parents of the main character are killed in front her eyes. That's it!"

The poster for Colombiana features Saldaña's character squeezing a gun between her hands with the tagline, "Vengeance is beautiful." PorColombia reimagined a new version of the poster, which they have been distributing through social media. In this poster, flowers have been photo-shopped into Saldaña's hands in place of the gun and the top reads, "Colombia is beautiful."

The poster and commentary from PorColombia and those championing their cause has been passed around using the hashtag #ColombiaIsBeautiful.

"They have a point," Juan Rodríguez tweeted.

"They filmed the Bogotá scenes in Mexico!" he continued in Spanish.

But Juan Sánchez added that the fault lies not with the filmmakers but with those who perpetuate stereotypes within their culture.

"We are stereotyped because a small [percentage] of Colombians are scum bags. Don't blame the ones who stereotype, blame them!" he tweeted.

Macias says that he has no problem with Saldaña, who is Puerto Rican and Dominican, playing a Colombian because "she represents millions of beautiful afro-Colombians living in our Pacific and Caribbean coast."

But he directed his ire at Sony for the choices they made with the movie.

"We are not happy with Sony Pictures cashing in on our already tarnished reputation," Macias said. "Anyone can highlight positive or negative stereotypes, we only ask that you do it within context, not just randomly for your benefit while denigrating others."

Fox News Latino reached out to Sony Pictures and is awaiting comment.

And Macias said that it would be wrong to sweep the "Colombiana" issues under the rug just because Hollywood is giving attention to Latinos with a movie title in Spanish. One title doesn't equal mainstream acceptance, he warned.

"Latinos have the idea that we are becoming or that we are now 'mainstream,'" he wrote in a Facebook message. "However, we are still grossly misrepresented in government at all levels, corporate boardrooms and academia. We still fight stereotypes and racism at all levels.

"So to say that right now it is fine for Hollywood to use those stereotypes, I think is way too soon for us to claim victory," he added. "It hurts in one move what organizations like PorColombia have been working on at the grassroots level for years...improve the image of Colombia abroad."

Macias concluded that PorColombia expects a formal apology to the Colombian community worldwide for the "poorly chosen title."

And in the end Macias thinks the movie he is railing against can do some good.

"We ask Sony Pictures to donate a portion of the proceeds of the movie to organizations that combat the deadly effects of Colombia's internal war," he said. 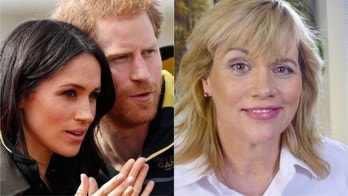