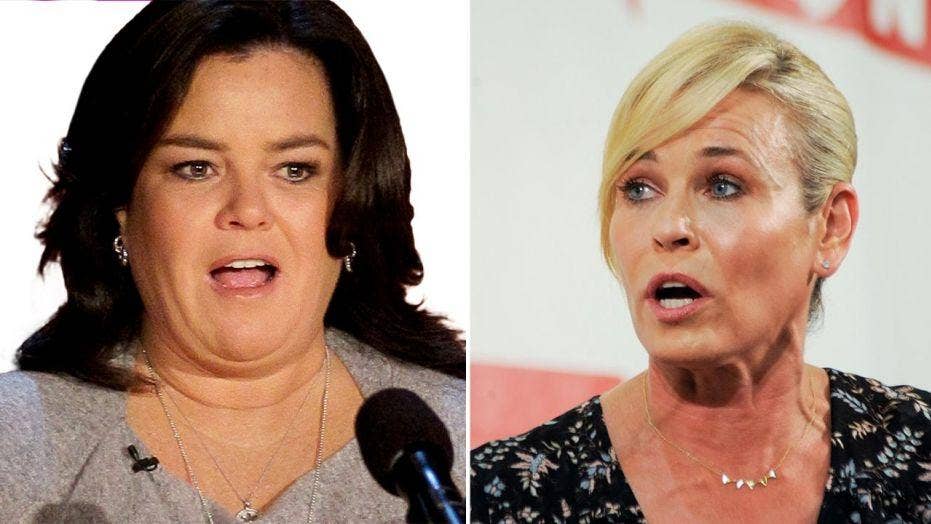 While most people took to Twitter on July Fourth to celebrate the holiday, many celebrities used the opportunity to slam Trump and put forward their messages on voting and immigration.

Liberal comedian Chelsea Handler took to social media on Wednesday to apologize to the world for the president.

“To every country on the 4th of July. We’re sorry about our president. He doesn’t reflect all of our views – and we hope you know that the majority of us are ashamed. We will rally each other and come back to the world one step at a time,” Handler wrote.

“Happy 4th of July! Happy Birthday America! Your president’s ex-campaign head’s in jail and charged, among other things, with conspiracy against you. Your president’s personal *wink* ‘attorney’ is in line to face similar charges and guess who’s next! Enjoy the fireworks,” Wright tweeted regarding Trump’s former campaign chairman Paul Manafort and Michael Cohen.

Celebrities such as Ellen DeGeneres and Ron Perlman tweeted about immigration.

“On this celebration of this great country’s Independence, let us not forget that there are thousands of little babies that have been ripped from the safety every child deserves, ripped by impulse with absolutely no plan or wherewithal to reunite them. Never forget…,” “Sons of Anarchy” star Perlman tweeted in reference to the Trump administration’s immigration policy, which has separated more than 2,000 immigrant children from their parents.

A few celebrities highlighted voting and the importance of getting to the polls before the 2018 midterm elections in November.

“It’s the 4th of July. Only 125 more days until the Mid-Term elections. And if it goes the way I hope, THAT will truly be INDEPENDENCE DAY!!!” actress Bette Midler wrote.

“I have a request as a guy who believes in the principles of our great nation. As you celebrate with family and friends please talk about re-committing yourselves to register/think/vote be counted in local, state & national elections. Don’t let the few drive the system,” director Ron Howard tweeted.

A few other celebrities tweeted about the right to protest in the U.S.

“Happy 4th of July! Remember, there is nothing more patriotic than protest,” rapper Common tweeted.

“On this 4th, I’m reminded that we have veered from the promised path before. We left a trail of tears, counted people as three-fifths, built camps for any who looked like the enemy and stood silent as countless died of a plague. Yes, love will win. But not without a fight,” “Star Trek” actor George Takei tweeted.

“’We’re blessed with the opportunity to stand for something – for liberty and freedom and fairness. And these are things worth fighting for, worth devoting our lives to,’” - Ronald Reagan. Happy 4th of July,” actress Alyssa Milano tweeted.