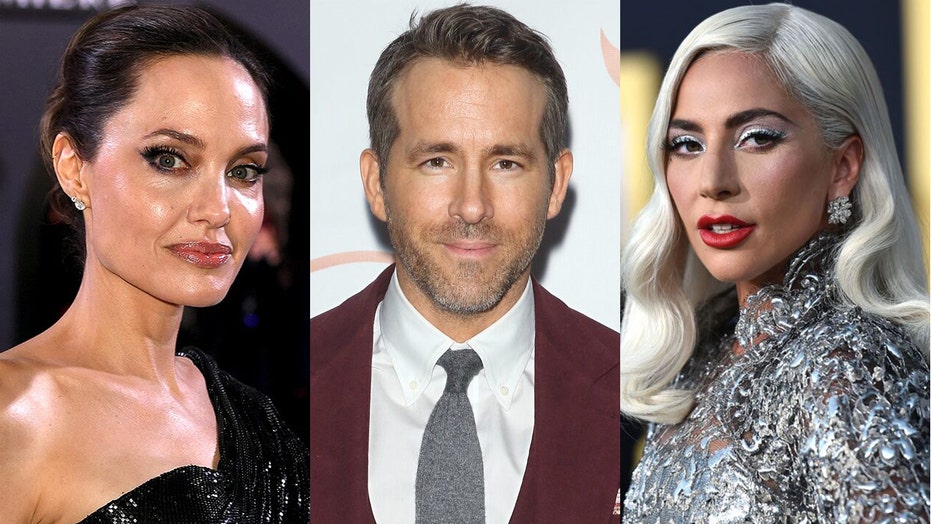 Celebrities have donated to causes related to the Black Lives Matter movement as the nation continues to grapple with protests related to systemic racism and police brutality.

A renewed focus was placed on the Black Lives Matter movement after the death of George Floyd on May 25 while in he was in police custody in Minneapolis. His death sparked protests and riots throughout the country. Many celebrities attended protests, but others have used social media to promote campaigns they’ve donated to in response to the unrest, including bailing out protesters who have been arrested by police, groups that seek to make calls to “defund the police” and reality and political advocacy groups for the Black community.

With so many famous people advocating for a myriad of different causes, it may be hard to keep track of which celebrities have put their money where their mouth is when it comes to the Black Lives Matter movement. Here's a rundown of just some of the prominent figures that have lent financial support to the cause.

Teigen was among the first to donate her money to bail out people who took to the streets to protest the death of Floyd in May. She used Twitter to announce that she had committed $100,000.

"In celebration of whatever the f--- maga night is, I am committed to donating $100,000 to the bail outs of protestors across the country," she wrote.

She later followed that up with a tweet saying that more is needed and pledged $200,000 in total.

The following day, Teigen's husband, musician John Legend, posted on Twitter to announce that hed donated to the Movement for Black Lives, the National Lawyers Guild and the Bail Project.

"Americans have the first amendment right to peacefully protest oppression and injustice. Chrissy and I will be donating to these 3 organizations which are organizing, supporting and defending those marching for justice: @Mvmnt4BlkLives @nlgnews @bailproject," he wrote at the time.

The couple announced on Instagram that they'd donated $200,000 to the NAACP Legal Defense Fund in a lengthy post in which they explained the privilege they've lived with throughout their lives and noted how they're committed to raising their children in a different way that acknowledges the struggles that people of color have to go through in America.

"We’ve never had to worry about preparing our kids for different rules of law or what might happen if we’re pulled over in the car," the couple said in a statement. "We don’t know what it’s like to experience that life day in and day out. We can’t imagine feeling that kind of fear and anger. We’re ashamed that in the past we’ve allowed ourselves to be uninformed about how deeply rooted systemic racism is.”

Jolie donated the same sum of money to the organization as well, telling Entertainment Tonight that she did it in an effort to help American's get over their long history of systemic racism and move on to a future of true equality.

"Rights don't belong to any one group to give to another. Discrimination and impunity cannot be tolerated, explained away or justified. I hope we can come together as Americans to address the deep structural wrongs in our society," the Special Envoy for the UN High Commissioner for Refugees said in a statement to the outlet. "I stand with the NAACP Legal Defense Fund in their fight for racial equality, social justice, and their call for urgent legislative reform."

The daytime talk show host announced that she pledged an undisclosed sum of money to the NAACP Legal Defense Fund, the Black Lives Matter organization and the ACLU.

"I support the protestors who are exercising their rights and standing up against the horrible injustices that Black people in America face everyday," she wrote on Twitter. "I am making a donation to the George Floyd Memorial Fund, the @NAACP_LDF, @BlkLivesMatter, and the @ACLU in support of them, and I hope you will join me if you are able."

Justin Bieber's clothing brand Drew House released a statement on Instagram announcing that it was donating money to Color of Change, a civil right advocacy group.

"Systemic racism exists in the US and we need to unite to be a part of the change to eliminate it," the brand wrote in a handwritten post on Instagram. "Drew house, as a community that believes in inclusion and equality for all can and will continue to do better in educating ourselves and others of the abhorrent treatment that the black community has endured and we are standing with our brothers and sisters. We have made a donation to color of change to support the fight for racial equality and are committed to continuing both action and education. #BlackLivesMatter."

The comedian, actor, producer and director announced that he and his Monkeypaw Productions company donated $1 million to various organizations and suggested those who are able to do so donate as well.

"Jordan Peele and Monkeypaw Productions are proud to donate $1 million across five organizations we see as essential to the health and lives of Black people," a statement on Peele's Twitter reads. "We are committed to continued action against a system rooted in the violence against and oppression of the Black community."

The former One Direction band member announced that he too was donating to bail funds to help people protesting get out of jail.

The reality TV star and beauty mogul announced that her Kylie Cosmetics brand had donated to several organizations and also encouraged fans to do the same if they can afford it.

"We will continue to educate ourselves and our followers on how we can come together to support the fight against racism and will celebrate, uplift and empower the black community through our channels,” the brand said in a statement. “We will be donating to the following organizations to help support the fight against racism. Youth Justice Coalition, Black Lives Matter, Campaign Zero, NAACP, Equal Justice Initiative.”

The Korean pop band BTS donated $1 million to the Black Lives Matter organization, according to Variety.

"We stand against racial discrimination. We condemn violence. You, I and we all have the right to be respected. We will stand together," the band wrote at the time.

The former WWE pro took to Twitter to announce that he was matching the BTS donation of $1 million.

The "Bad Romance" singer shared a post that gave information about several organizations she deemed worthwhile along with a lengthy caption discussing the systemic racism that the United States experiences and applauding those who were protesting against it.

"I applaud the brave citizens of this nation that are speaking up, and I support the unsupported voices of the Black community. I wish for their voices to be heard loudly and clearly, and that they feel loved and amplified by allies. I know you know how much I believe in kindness. The spirit of this movement is intrinsically rooted in a universal dream of kindness and it’s precisely that same kindness that I am wishing for those that are suffering tonight. I have endless compassion in my heart as we struggle as one nation to find bold and effective solutions to an insidious and systemic problem that’s plagued our country since its birth," she wrote.

The rock band took to Instagram to announce that they would pledge a total of $25,000 across Black Lives Matter Nashville, Campaign Zero and the American Civil Liberties Union.

"These contributions are in addition to our commitment to be teachable, be vigilant, and be responsible with our privilege. We love you, we LOVE YOU...and BLACK LIVES MATTER," they concluded their statement.

Rihanna's beauty brand Fenty announced it was pledging money to three organizations and encouraged its followers to stand up and fight back against racism.

"Fenty as a brand was created to elevate beauty, power and freedom! At this very moment racists are attempting to rip those values away from Black people and we will not stand by and let that happen. We are too powerful, creative and resilient,” the brand wrote. “In support of the Black community, we will be donating funds to color of Change and Movement for Black Lives. We ask you to speak up, stand up, and pull up against racism and discrimination in all forms.”

The "Pitch Perfect" actress kept things simple by asking her followers to join her in donating to any one of the 11 she shared in an Instagram post.

"Link in bio where you can split your funds across a number of worthy causes. If you can, please join me in donating," she wrote.

"Keep supporting our brothers and sisters out there risking everything to push for actual change for our black lives. Urging everyone with big pockets to give and give big and if you have less please give what you can even if it's a small amount. #blacklivesmatter," he wrote at the time.