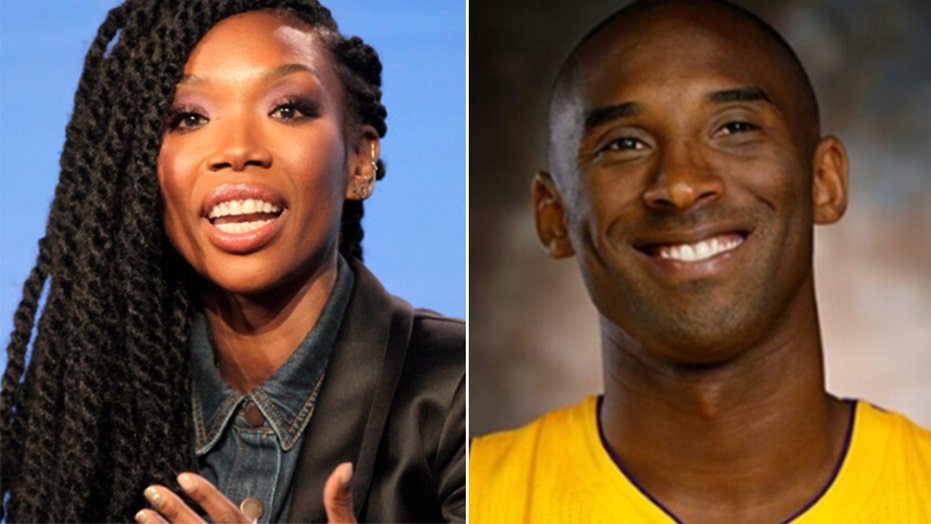 Singer Brandy is left with many questions following the death of her longtime friend and former prom date Kobe Bryant.

The 40-year-old took to Instagram on Saturday to share her heartbreak after the Los Angeles Lakers legend, his daughter Gianna and seven others died tragically in a helicopter crash this week.

"Never will I understand. My condolences to @vanessabryant, and all families who are in pain during this tragic time. Love #Mamba #Mambacita," Brandy captioned a photo of the late NBA pro and Gianna.

The "Put It Down" singer's friendship with Bryant dates back to at least the 1990s, when the singer confessed to "Entertainment Tonight" that they once went to prom together.

At the time, Bryant was guest-starring in an episode of "Moesha." As rumors swirled whether or not the two were a couple, Bryant told ET they had a "very friendly relationship."

Brandy's one of dozens of Hollywood stars to speak out since Bryant's death. The basketball icon was honored at the Grammy Awards hours after the helicopter crashed in Calabasas, Calif. Super Bowl LIV is also planning to pay tribute on Sunday.