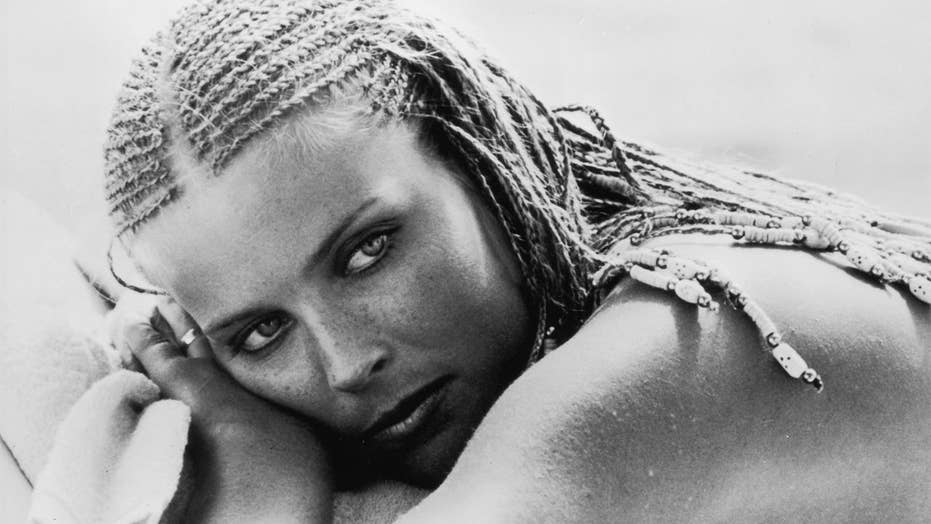 One of Bo Derek’s passions has been giving back to our veterans.

And for the actress, who became a sex symbol overnight with her 1979 film “10,” the cause hits close to home. Her father, Paul Collins, was a radio operator during the Korean War. Both her stepfather and late husband, actor/director John Derek, were also veterans.

“I remember I ran into then the secretary of veterans affairs, Anthony Principi, and he tells me about the rehabilitation events for disabled veterans,” the 63-year-old told Fox News. “These are incredibly moving events. And yet they were having trouble going because some people, perhaps, maybe were uncomfortable - we’re talking about 400 people with all kinds of disabilities. Well, my stepmom is quadriplegic, so I already had a comfort level, I guess.”

“But when I went to my first Snowmass event, I was moved,” she continued. “Just seeing 400 disabled veterans and the volunteers who were there to make sure that they would offer them whatever they needed, whatever they wanted to do in winter sports, no matter their disability, even if it required adapting some equipment, that it didn’t matter, it could be done. That does something do you.”

US Army Veteran Joseph Smith (L) chats with US actress Bo Derek after a surfing lesson during the 2nd National Veterans Summer Sports Clinic in San Diego, California on September 25, 2009. The National Veterans Summer Sports Clinic introduces recently injured Veterans to adventure sports and recreational activities such as surfing, sailing, cycling, or kayaking. During one week, organized by the US Department of Veterans Affairs, they promote rehabilitation of body and spirit. US actress Bo Derek is supporting the program as a volunteer. (GABRIEL BOUYS/AFP via Getty Images)

The National Disabled Veterans Winter Sports Clinic, which takes place in Snowmass Village, Colo., encourages veterans to push their limits and discover their capabilities through a variety of winter sports.

The clinic, which began in 1987 with just 90 participants, has grown to assist nearly 400 disabled veterans. Those with traumatic brain injuries, visual impairments, orthopedic amputations, neurological condition and other disabilities are empowered to take on adaptive sports with instructors to improve their overall health and outlook on life.

Derek said her first event was in 2001 and it forever changed her life.

“They say ‘miracles on a mountainside,’ but it really is,” said Derek. “I ended up becoming a chairperson for all the events. It was just so much fun. I did that for seven years. It’s more than just sports, although they’re incredibly fun. You really get to sit down and get to know these heroes on a  personal level. It was an honor.”

Over the years, Derek has kept busy pursuing projects that allowed her to personally say thank you. In 2003, Derek was granted the highest award offered by the Department of Veteran Affairs (VA) for her efforts supporting American veterans. She also went on USO tours to support American troops and has worked with the Special Forces Association, which named her an honorary Green Beret.

The VA also shared Derek previously received the Communicator of the Year Award from the National Association of Government Communicators and the VA Secretary’s Award recognizing her dedicated advocacy.

Derek and her longtime partner John Corbett have also shown support for the American Hometown Heroes Initiative, a program dedicated to helping veterans find work after returning home from service.

“I remembered there was a side project going on with the Library of Congress of getting these veterans to tell their stories, their war stories,” Derek recalled. “I sat in on as many as I could. I remember there was one veteran from World War I. That was incredible. He hadn’t even talked to his family about his experience, but for some reason, there was this atmosphere of being around other veterans that allowed him to be comfortable and share his story. It was very moving to hear his story and the conditions he endured.”

“You didn’t have the medical or communication advances we have today,” she continued. “And yet there was that courage. That’s the one message I always try to share whenever I get involved. There’s just so much we don’t do for our heroes.”

Derek said she encourages her fans to find overlooked organizations that are determined to support veterans.

“There are some great ones, but just be careful with anything that attracts scammers,” she advised. “There’s a special place in hell for those people who scam people out of money over veterans. But, thankfully, there are many other organizations that aim to genuinely help. You just have to do some homework. But it’s so rewarding.”

“As for me, I’ve always worked directly with the Veterans Administration,” she shared. “My brother, who passed away, loved the games and what they meant to our veterans. We created a family fun to support those veterans and help pay their expenses to go to these events.”

'WHAT'S IT WORTH?' HOST JEFF FOXWORTHY TALKS CANCEL CULTURE IN COMEDY: 'LET'S LEARN TO LAUGH AT OURSELVES'

Actress Bo Derek (C) getting suited up in a parachute harness to jump from a US Army Parachute practice tower while on the USO Holiday Tour. (Getty)

Derek has also discovered another way to give back. The star, who is a proud animal lover, continues to lend out a helping hand to causes that raise awareness on wildlife trafficking. Her shampoo line for canines named Bo Derek Pet Care also supports retired military working dogs. The VA also noted she helps the nonprofit organization Canine Companions for Independence, which provides assistant dogs free of charge to wounded veterans, as well as children and adults with disabilities.

“Our military has gotten so much better in how they handle these dogs when they retired, but there are still some things that fall through the gap,” she said. “But there are some great organizations that help fill that in. We like to give a portion of our profits to some of those organizations.”

In July, Derek appeared on talkshoplive, a live video streaming platform where she described the pet care products along with several of her animals.

“My mother embedded into my psyche a long time ago how fortunate I am and how many blessings I have received in my life,” she said. “There’s contentment in my life. My glass is looking half full. I know we all go through grief, and I have certainly experienced some pretty heavy grief… But all I can do is appreciate the blessings I was given."