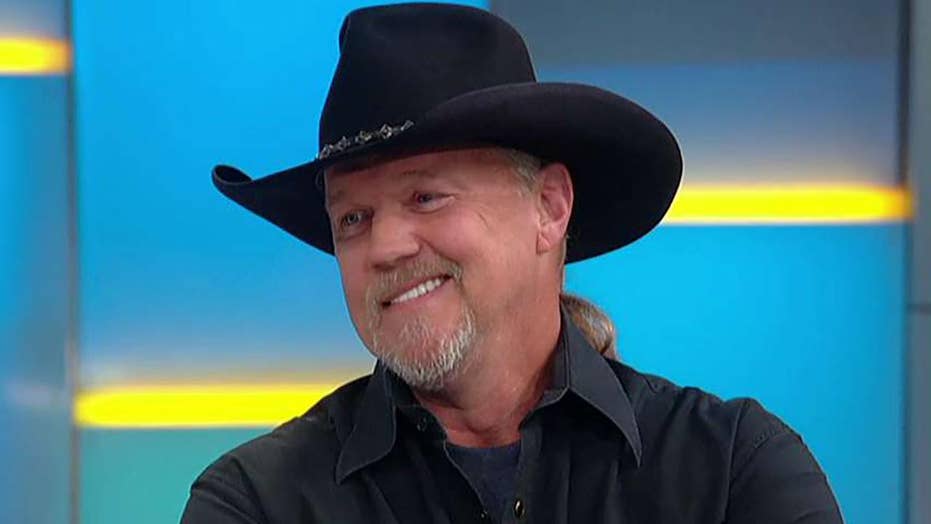 Love is in the air for country star Trace Adkins and actress Victoria Pratt.

This Sunday, the “Ladies Love Country Boys” singer and the former “Xena: Warrior Princess” star tied the knot in New Orleans in a wedding officiated by none other than Adkins’ country cohort, Blake Shelton.

“Join us in congratulating Trace & Victoria!,” said the caption on Adkins’ official Instagram. The picture featured Pratt donning a white strapless wedding gown, while Adkins opted for classic country attire—sporting dark jeans, a blazer and a cowboy hat. Shelton is seen officiating the wedding while wearing a similar attire to that of Adkins, but opting for a pair of blue jeans instead.

Shelton is currently in a relationship with No Doubt singer Gwen Stefani, whom he met on the set of “The Voice.’ When speaking with Shape magazine, Stefani noted: "Having a best friend like Blake to help me do that has been one of the greatest gifts."

Stefani and Shelton became a couple one year prior to Stefani’s divorce from Bush vocalist, Gavin Rossdale. “I feel as if I spent the last four years healing—you know, trying to build my life again," Stefani stated about her relationship with Shelton following the tumultuous breakup with Rossdale.

The marriage between Adkins, 57, and Pratt, 48, took place at the Maison Montegut, located in New Orleans’ French Quarter. The couple was reported to have met while on the set of “The Virginian,” a 2014 direct-to-video film.