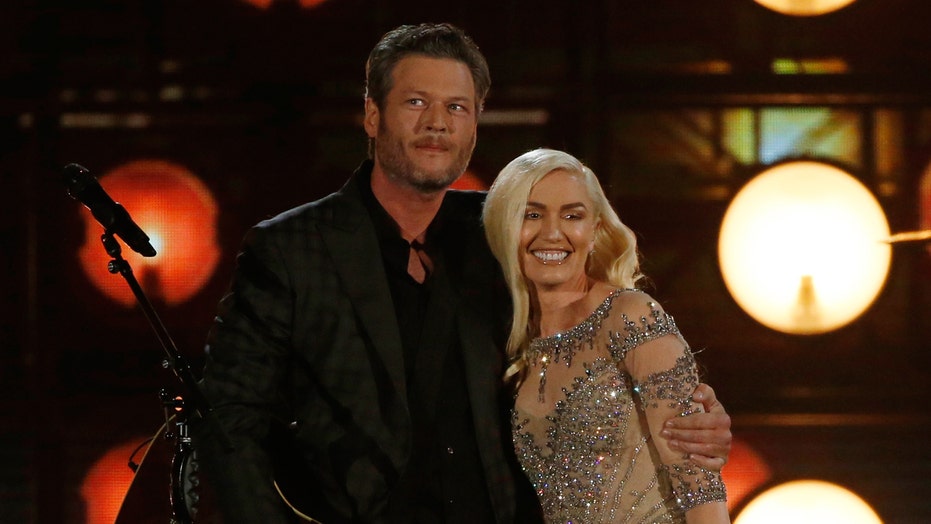 Fox411: Report says couple has signed up a wedding planner

Blake Shelton is a successful country artist with a beautiful girlfriend, Gwen Stefani, and a thriving career on "The Voice." But once upon a time, he was just a blue-eyed boy with a mullet and a dream.

Shelton stopped by the "Today Show" Friday and dished about his true feelings on the "business in the front" approach, now that enough time has passed for him to see clearly. His assessment? It wasn’t great.

“I mean, that is ridiculous,” he says when an old photo of him appears onscreen. “Why didn’t my family or friends or somebody tell me how stupid I looked?”

Al Roker jumps in to console Shelton, claiming that “at the time, it looked cool.” But Shelton isn’t fooled.

“What time period did that look cool, Al?” he says incredulously.

Shelton released a new record recently titled "If I’m Honest" that features a tune he wrote with Stefani, “Go Ahead and Break My Heart,” which he says he originally started writing to impress her. Until he remembered she is a well-established songwriter herself.

“And then she writes the next verse, and it’s way better,” he says with a laugh. “And it’s like, ‘Whoa! OK.’ But it works out good for the album.”

He performed a few songs on the "Today Show" as well, including “She’s Got a Way With Words,” from the new record. The lyrics to the breakup anthem feature line after line of clever wordplay bashing an ex — the kind of somewhat sarcastic, blunt attitude Shelton’s become known for.

Shelton and ex-wife Miranda Lambert split last year, and soon after he began dating Stefani, whom he met on the set of The Voice. The two bonded over both navigating through difficult, high-profile divorces, Shelton has said.

“That’s kind of how our friendship and bond started, that day. It went from that, to checking in on each other once a week through email — ‘This sh– happened to me, what happened to you?’ — to maybe three times a week, then every day, to ‘Hey, here’s my phone number if you ever want to text.’

“Next thing I know, I wake up and she’s all I care about, and I’m wondering if she feels the same about me,” he gushed to Billboard.