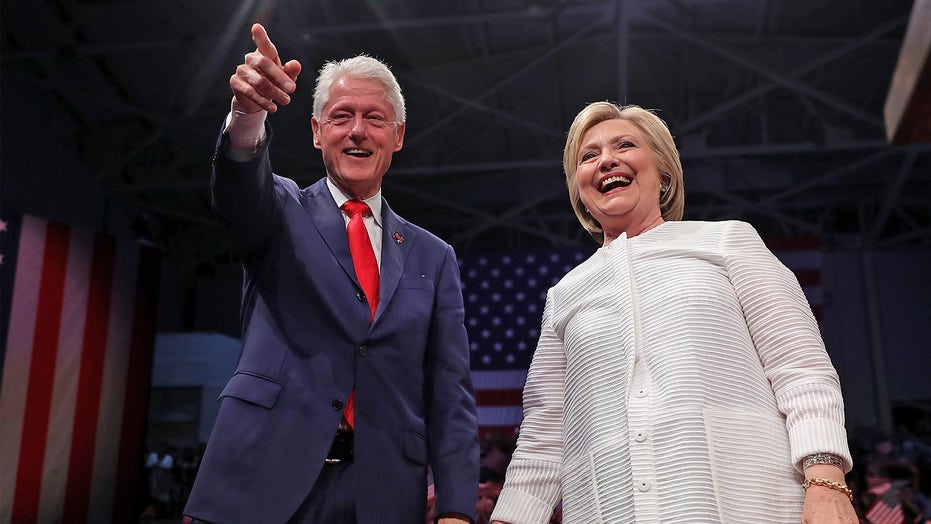 Former President Bill Clinton and his wife, former Secretary of State Hillary Clinton, are opening up for a new documentary series.

Set to premiere on Hulu on March 6, "Hillary" will recount the milestones of Hillary's life and career, including her relationship with Bill.

In the trailer, Bill, 73, recounts meeting his future wife and seems to reference his affair with Monica Lewinsky, an incident that had him impeached by the House of Representatives for lying under oath.

"It wasn't like I thought, 'How can I think about the most stupid thing I could possibly do and do it?'" Bill said in the clip.

"I didn't want anything to do with him," admitted Hillary, 72.

The former presidential candidate added: "Chelsea put herself between us and held both our hands," as the trailer cut to a shot of Chelsea Clinton standing between her parents, holding their hands as they prepared to board Marine One.

The docuseries will also offer never-before-seen footage from Hillary's historic 2016 presidential campaign as well as interviews with former staff, journalists, family and friends.

The trailer was shared at Friday's Television Critics Association winter press tour, at which, Hillary said "nothing was off-limits" for the program.

"I was this lightning rod, and I was somebody who people were quick to judge, often having nothing to do with me, but due to times and attitudes about women," said Hillary.

"I sure hope [attitudes toward women change], because it's really an unfair double standard disadvantage," Hillary said. "I am certainly in the camp that believes the more women that get out there… the more we should realize women have the same right to have the full range of emotions… so we can begin to put that on a shelf and leave it there."