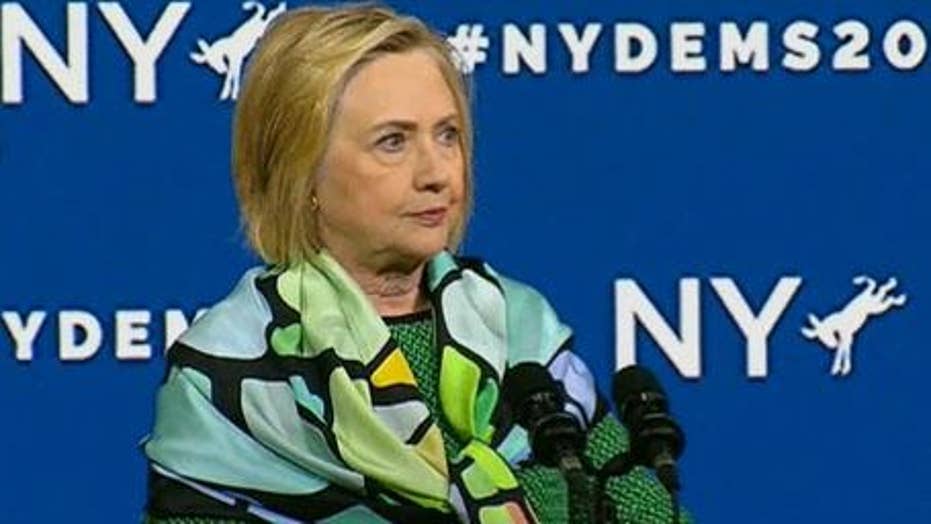 Jason Chaffetz, former Utah Congressman, weighs in on a Washington Post report that states a DOJ probe into the Clinton Foundation found no evidence of criminal wronging

The following column originally ran in the Washington Times.

With all the talk about Hunter Biden these days, one might get the impression that he is the only child of a politician to benefit from his parents’ position and the last name they inherited.

Before Hunter Biden, the son of former Vice President Joseph R. Biden, got his strange but lucrative deal to sit on the board of energy company Burisma Holdings in Ukraine to the tune of $50,000 a month, there was Chelsea Clinton, the only child of former President Bill Clinton and former Secretary of State Hillary Clinton. She was similarly rewarded with jobs and board positions that had absolutely no relationship with that young woman’s interests, life, education or any perceived expertise.

All of this has racked up to what the New York Post reported back in 2015 was an estimated net worth of $15 million for the then-34-year-old. More recently, Barron’s, the finance newspaper, revealed that Chelsea Clinton has now reaped $9 million from a corporate board position. In 2011, while her mother was still secretary of state, she was appointed to IAC/Interactive, an Internet investment company. She receives an annual $50,000 retainer and $250,000 worth of restricted IAC stock units, according to Barron’s.

CHELSEA CLINTON MADE $9M SINCE 2011 FROM CORPORATE BOARD POSITION: REPORT

Ironically, and something the Clintons would be loathed to admit, they like most other American families benefitted from President Donald Trump’s leadership and correlating economic renaissance.

For time immemorial Americans have asked how it is that politicians manage to get filthy rich in “public service.” Now, their children are also getting rich riding those coattails and exposing just how money gets distributed among the swamp.

In 2017, Chelsea Clinton was also named to travel site Expedia’s Board of Directors. Because she’s a … business genius? A travel genius? An investment prodigy? The Hill reported that position “typically earned $250,000 in 2015. … Both IAC and Expedia are controlled by Barry Diller, the business and television mogul, who is a friend of Hillary Clinton.”

In 2011, the same year she joined the IAC board, Chelsea signed with NBC News as a “special correspondent.” Politico reported she was rewarded with $600,000 a year to do what ended up being occasional fluffy feature stories. The New York Post noted, “one was a creepy voiceover interview with the Geico gecko. Chelsea is such a special correspondent, she’s done just 14 stories in two years and seven months for a total of 58 minutes of airtime. …”

Vanity Fair crunched the numbers and found, after she parted ways with NBC News in 2014, she ended up making $26,724 per minute that she appeared on the network. But the corporate nepotism benefitting Chelsea Clinton wasn’t limited to Mrs. Clinton’s time as secretary of state and the lead-up to her doomed second run for president in 2016; it started much earlier — the lead-up to her doomed run for president in 2008.

According to Politico, Marc Lasry, a major Clinton Foundation donor, “employed Chelsea Clinton as a chemical industry analyst at his own hedge fund Avenue Capital Group from late 2006 until 2008. …” You read that right — she was a “chemical industry analyst.” Chelsea’s expertise with chemical issues would seem to be on the same level as Hunter Biden’s expertise with energy issues.At this rate we should be grateful that Chelsea hasn’t been “appointed” as a brain surgeon somewhere in New York City.

None of this should be surprising, as it is how the swamp has worked for years. The monumental irony is these same people who view this country and its people as a personal bank account have rarely created businesses themselves. Their “business” is the repository for your money — the federal government.

For time immemorial Americans have asked how it is that politicians manage to get filthy rich in “public service.” Now, their children are also getting rich riding those coattails and exposing just how money gets distributed among the swamp.

Ironically, Mr. Trump and his family are constantly being accused by Democrats and their swamp allies of using their positions to get rich. This, despite the fact that they created their own wealth in the private sector.

Mr. Trump’s personal wealth has declined, in fact, during his service as president. As one example, an NBC News headline in October 2018 noted, “Trump has lost $1 billion in personal wealth since running for president; Some wealthy patrons are steering clear of Trump properties, saying the country club experience is now ruined ‘by metal detectors and bomb-sniffing dogs.’ “

Mr. Trump’s eldest daughter Ivanka’s thriving fashion business was the target of the left, and it was eventually shuttered. And in October of last year, one Trump project making money enraged the Democratic establishment. For the left, you see, making money is only for those who don’t earn it.

In October 2019, it was announced that the Trump International Hotel in Washington, D.C., was for sale. CBS News reported, “‘People are objecting to us making so much money on the hotel and therefore we may be willing to sell,’ Eric Trump, an executive vice president of the Trump Organization, told the AP in a statement. ‘Since we opened our doors, we have received tremendous interest in this hotel and as real-estate developers, we are always willing to explore our options.’ “

The political reformation is in full force throughout this country. One of the many reasons the old guard loathes Mr. Trump is because he has exposed corruption throughout the system. The United States being the private piggy bank for “next in line” family dynasties is threatened. Will those board seats, and “special correspondent” jobs for the offspring of politicians dry up when there is no more influence to be bought? We shall see.