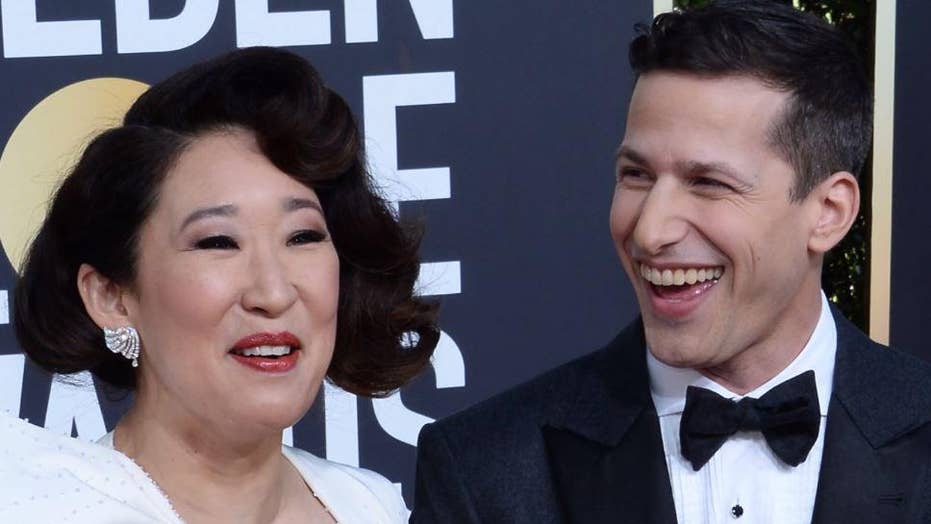 Fashion: A look at some of the major red carpet arrivals for the 76th annual Golden Globe Awards.

Just days after her co-star discussed the end of “The Big Bang Theory,” actress Kaley Cuoco opened up about the series finale at the 76 annual Golden Globe Awards red carpet.

The 33-year-old star was interviewed by E! News’ Ryan Seacrest at the first big night of the award season. The star was dressed in an elegant but comfortable gown, complete with pockets that she couldn’t help but brag about on the style carpet.

While showing off her awards look, Seacrest asked how she felt about the end of the long-running sitcom after 12 years. The show is widely considered the No. 1 comedy on television, earning massive ratings with each new episode. It turns out that Cuoco knew all along that they were onto something both big and unique after just the first episode.

She continued, noting that despite 12 years of continued success, both she and the rest of the cast wonder with each new episode if it resonated with the audience. However, she says that feeling has been turned up to eleven this year now that both the cast and audience are aware that the characters are about to take their final bow.

“Now we’re on the second half [of Season 12] and it’s starting to get a little heavy,” she warned. “I hope we pre-shoot the whole last episode because I don’t think I’ll be able to keep a dry eye.”

Fortunately, Cuoco has a lot to do with her free time after she’s done playing Penny on the hit sitcom. The star, who recently married Karl Cook in June, is an avid equestrian and told Seacrest that she’s looking forward to spending more time with her and her husband’s horses.

Meanwhile, her co-star Jim Parsons, who plays Sheldon Cooper on the hit sitcom, opened up about the ending of the show as well, noting that he felt it was time for them all to bow out.

“It’s both as complex and as simple as just feeling innate that it was time. It speaks to a lot of things, none of them bad. There is no negative reason to stop doing ‘Big Bang,’” he said. “It felt like we have been able to do this for so many years now, it doesn’t feel like there is anything left on the table. Not that we couldn’t keep doing it, but it feels like we’ve chewed all the meat off this bone.”