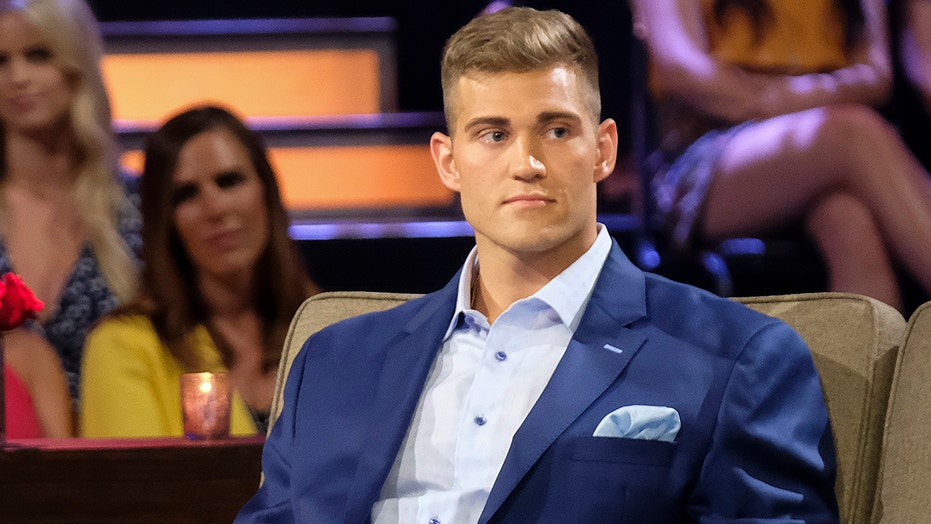 The popular ABC show's star, Hannah Brown, made a remark about her relationship with Jesus in spite of having premarital sex. The remark ignited controversy between her and one of the contestants, Luke Parker, who has also been open about being a Christian.

"Bachelorette" alum Luke Parker didn't realize he was going to be portrayed as the villain of Season 15 until it was too late.

In a tell-all interview on a faith-based YouTube channel, Paul and Morgan, the former boyfriend of Hannah Brown blames editing, miscommunication and his own insecurities as the reasons why she sent him home after their shocking sex talk.

"I really didn't know I was being portrayed as the villain," Parker, 24, explained. "I'm pretty naive kind of guy. It took until Latvia and that's kind of where I knew it. I'm the villain."

'THE BACHELORETTE' HEEL LUKE P., BROTHER SPEAK OUT AFTER 'MISOGYNIST,' 'PSYCHOPATH' SLAMS ON 'MEN TELL ALL'

Parker said the producers of the ABC reality TV dating show were "asking me these types of questions like why are they trying to get me to say stuff like this. And then it started making sense. I started connecting the dots."

Regardless of how Parker thought he was going to be portrayed, he said that his conversations with Brown, 24, centered around what type of man she wanted her husband to be and, in particular, how she wanted someone who had a strong faith like she did.

"And then you know [we] speed it up and we get to share each other's testimonies later in the season and then she comes home [for] the Hometown [date episode]," he described.

"She gets to meet my family first. She gets to come to my church and meet my Sunday school community group. And I get to share a little bit of my story, my testimony with the community group, and then she comes up shares a brief story of her testimony and she goes as far to say, 'Listen everyone, don't judge me for the Fantasy Suites because I do not plan on using them for sex. I plan on using them for conversation -- to further the relationship,'" he continued. "So I'm thinking, 'Oh, great."

Parker then tackled the blow-up argument he had with Brown about her Fantasy Suite decisions. He insisted a lot of their conversation that night was cut out and they had actually discussed being on the same page about intimacy.

"The Bachelorette" star Hannah Brown and contestant Luke Parker have stirred up controversy talking about their Christian faith and views on premarital sex. (ABC)

"I laid out a few brief scriptures with her [then said] I'm going to abstain from sex for marriage because that's what best is for me. And she goes as far as to say, 'Luke I share the exact same heart and the exact same convictions as you. We're on the same page.' So in my mind, I'm like we're good," Parker explained.

The part that aired was a condensed version of their conversation and Parker claimed that it was also edited out of order. "I wasn't slut-shaming her and judging her, like, I actually went back to fight for her," he said referencing when he said it wasn't alright with him if she had sex with any of the other contestants.

"I still wanted to be with her at that moment and I knew that she had done this regardless of the details," he said of sleeping with two of the other men. "I was just like with the conversations that we've had that [didn't] air, she's telling me that she wants to [abstain]. So I'm thinking if she's living this life on this [ohter] path then she's making a mistake and I need to go say, 'Hey look like you're making a big mistake but you can't send me home like I need some clarity here or some closure.'"

Parker acknowledged all of the mistakes that he made during shooting and his "biggest takeaway" is learning about "pride in a way I didn't even know." The experience and his actions were a "tough pill to swallow for me."