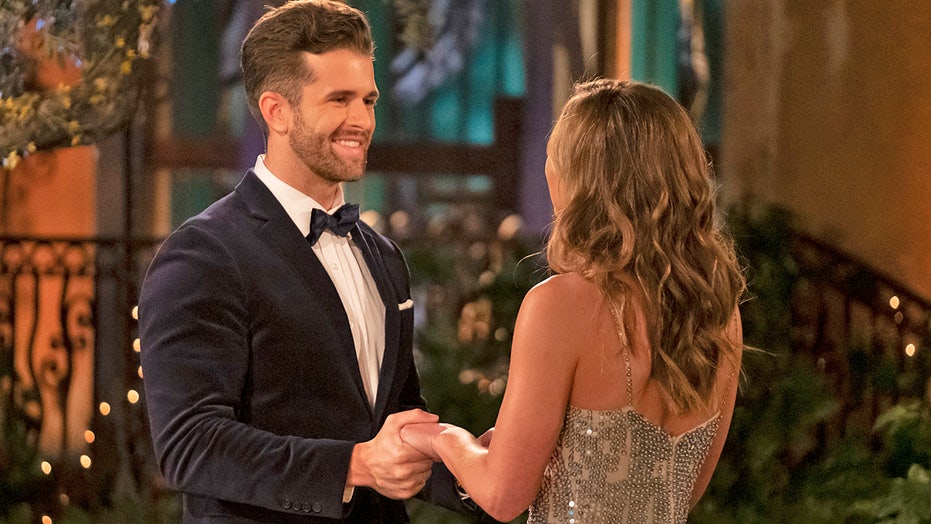 Chris Harrison took some unexpected heat from ex “Bachelorette” contestant Jed Wyatt after saying the former Hannah Brown hopeful could be a good fit for “Listen to Your Heart,” the upcoming “Bachelor” spinoff series designed to help musicians find love.

“I think the new show’s a great idea and concept but I wouldn’t have gone on the show in the first place if I had a girlfriend and I’m not going to go now because I actually do have a girlfriend,” Wyatt, 25, told Us Weekly on Saturday. “I’m in love. I would never compromise that.”

Wyatt’s comments came after the “Bachelor” host, 48, told the outlet last month that he felt Wyatt, a recording artist in his own right, “needs a chance to redeem himself, musically and emotionally,” because according to Harrison, Wyatt has “bombed on both.”

“It was a tragic ending to his story on so many levels,” Harrison added of Wyatt.

However, Wyatt was taken aback by Harrison’s remarks.

“I’m honestly shocked that Chris has any sympathy at all for me redeeming myself in any sense because he came backstage before I went on the finale and sort of, you know, tried to talk me up and build me up and give me confidence,” Wyatt said of Harrison.

“Then he went out to, kind of, tear me down so, for one, I’m shocked to hear that he has any sympathy for me,” he alleged.

“That just really kind of blows me away — that he cares at all. I mean judging Chris by who he is, all he cares about is the show," Wyatt further claimed. "That’s who pays him."

The Nashville native came under fire last year when his ex-girlfriend Haley Stevens claimed to press that he "ghosted" her and only appeared on "The Bachelorette" to further his music career. Wyatt was engaged to Hannah Brown on the season 15 finale but Brown, 25, would break things off after learning he had a girlfriend before appearing on the show.

“He told me [early on] that he had applied. He said, ‘It’s probably not going to happen, but it’s a huge opportunity. I’m only doing this for my music.’ He only did it for his career," Stevens claimed, adding the two were past the "I love you" stage of their relationship.

She alleged Wyatt told her he just wanted to make it to Hannah Brown's top five.

"The Bachelorette" star Hannah Brown arm wrestles with contestant Jed Wyatt. Wyatt came under fire for allegedly having a girlfriend before leaving Nashville to film the reality series. (Getty/ABC)

Last month, Harrison told Fox News that hosting the “Bachelor” umbrella of programs has made him a better man overall.

“There's a big gray area. And I think when you quote-unquote, run into the villains, say a Chad [Johnson] or someone like that. ... People are so quick to just crush these people and go after them,” he said. “And my thing is, what makes him tick? Why is he the way he is? What is it in his life? What is it with his family and his mom, and [what is it] that makes him want to blow relationships up?"

“And Chad's just one example,” Harrison added. “But I think I am a better therapist, listener, interrogator. And I would hope, you know, you'd have to ask my girlfriend if I'm more understanding of a human being. I think I am.”

Wyatt has since found romance with model Ellen Decker and continues to record music.

A rep for Harrison did not immediately respond to Fox News' request for comment.

“The Bachelor: Listen to Your Heart” is slated to premiere on Monday, April 13, at 8 p.m. ET on ABC.