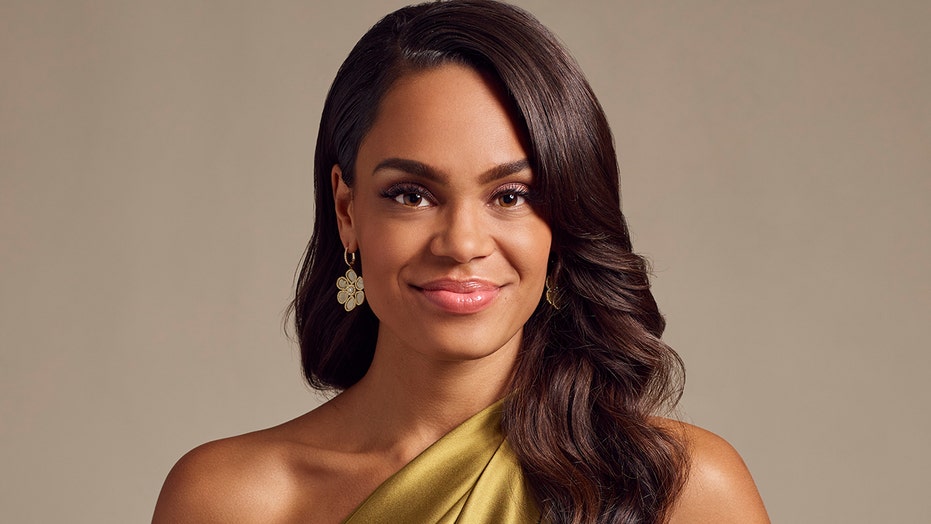 SPOILER WARNING: This article contains spoilers for episode 10 of season 18 of "The Bachelorette," which aired Tuesday night.

"Bachelorette" season 18 star Michelle Young has made her final decision.

The reality star had whittled down her group of suitors to just two: Nayte Olukoya and Brandon Jones.

Young, however, said she was "already in love with" him.

WHO IS THE NEW 'BACHELORETTE' MICHELLE YOUNG? EVERYTHING YOU NEED TO KNOW ABOUT THE BACHELORETTE 2021

Young's family was also slightly weary of Olukoya, wondering if he was ready to commit to the star. Young ended up asking him to express his feelings on their relationship, and he explained that he thinks of a life with Young frequently, leading to Young calling him her "person."

"The Bachelorette" season 18 star Michelle Young wrapped up her season by accepting a proposal from a contestant. (ABC/Sami Drasin)

After spending time with Olukoya, Young found a note from Jones.

"Michelle, ever since you’ve entered my life, I don’t view the world the same anymore. I realized that a world without you is a world I fear to face," he said. "You have truly infected me with the love I don’t believe is remotely easy or common ever find in a lifetime. A love so beautiful and deep that it leads me to a pure understanding that what I have with you is a love of wanting more for someone than for themselves. The kind of love where I will always place your happiness above mine."

Jones added: "Follow your heart, Michelle, and never look back because I followed mine and it led me to you. Just know Michelle, you will never need to ask for my love because I will love you forever. I see you, I have always seen you and I will always see you."

Michelle Young offered her final rose to and accepted a proposal from Nayte Olukoya. (ABC/Craig Sjodin)

Young said during a confessional that she was in love with both contestants and that giving out the final rose would be "the hardest decision I’ve ever made."

Ultimately, she accepted a proposal from Olukoya, who popped the question with a Neil Lane ring. Jones was sent home.

Young told Jones that her "heart is pushing me in a different direction," that their split "hurts so much" and that he'll "always have a piece of my heart."

Olukoya gushed over Young, saying he wants "to run away with" her and promised that he's "completely prepared, willing and ready to make sure that you are always chosen first, seen now, today, tomorrow and for the rest of our lives."

Young confessed to loving Olukoya "with my entire heart" and called him her "soulmate" before agreeing to marry him.