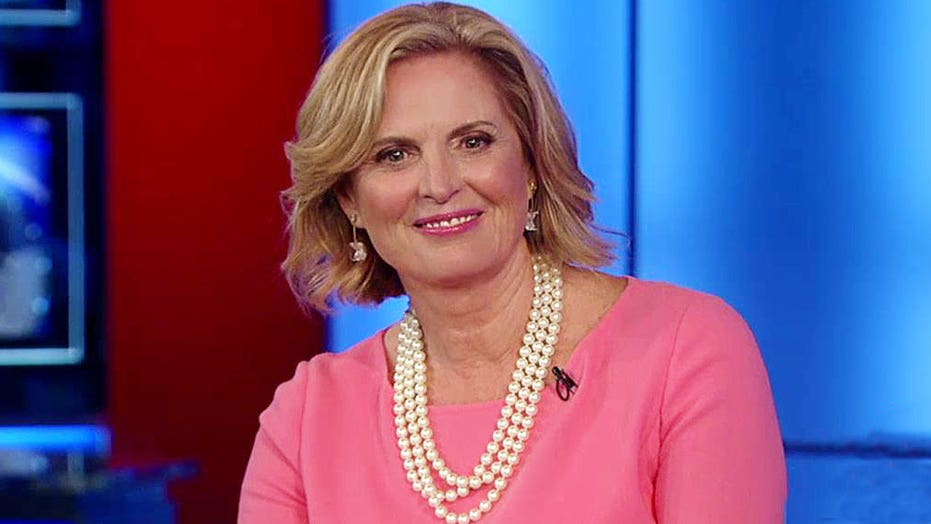 Ann Romney discusses her new book 'In This Together'

Ann Romney had a picture-book life; happy marriage to Mitt Romney, five healthy sons and financial security. But in 1988 her life was turned upside down when she was diagnosed with multiple sclerosis. She was told there were no therapies or treatments, but Ann couldn't believe it as real. Mitt told her they would tackle the disease together and they did. "In This Time Together," Ann candidly opens up about her journey with MS, how it affected her family and marriage and ultimately how it transformed her life. She spoke with FOX411 about the book and her disease. All proceeds from the book will go to the Ann Romney Center for Neurologic Diseases at the Brigham and Women's Hospital.

FOX411: In the beginning you dismissed alternative medicine but ultimately it was lifesaving for you.
Ann Romney: It's kind of shocking huh? It's kind of surprising and it's only until you really find out that something else isn't working that you go, 'Ok I'm not doing well' and someone says, 'Ok try this,' and you go, 'How is that going to hurt? I'm going to try it.' That's what happened to me.

FOX411: And it worked.
Romney: It really did. It's called reflexology.

FOX411: Which when you read about it sounds a little nutty.
Romney: Mitt certainly thought it was.

FOX411: How is your health now?
Romney: I'm in remission and I still have to deal with fatigue but nothing like what I had in the beginning. It took me over three years to fight through the fatigue. It was terrible then, unrelenting and horrible. I still have a little bit of that but nothing like I had before. What happens now is I just kind of have a shorter fuse. I just kind of run out of steam a little faster than most people. I'm not cured and I could have another attack. Generally what happens is you might have an attack once a year. They have an attack and they lose a little bit and then they gain back but not all. It's kind of how it chips way at you little by little.

FOX411: Did your faith help you?
Romney: I think it was hugely important to me. Obviously at my lowest point I always knew that God loved me and life is eternal and suffering is part of this earthly existence. It's not like I ever lost my faith if anything it strengthened my faith. Now as I look back, we have to recognize the really hard things we go through in life hopefully teach us and help us progress to a place that's even better and I think that happened to me and in a strange kind of way I'm grateful for some of the trials I've been through.

FOX411: Your heart must ache for people with MS who don't have health insurance.
Romney: That's I think had a huge influence on Mitt for making health care available to everyone in Massachusetts, not precluding people with pre-existing conditions and I think that was very important. I think even Mitt will tell you even thought we would like to see some of the Obama reforms, the one piece of it that we do like that we want to keep is the fact that people should not be precluded from health care with a pre-existing condition.

FOX411: You do horseback riding for therapy. Must have been tough when you were criticized for that on the campaign.
Romney: It was very frustrating because for me they (the horses) were my partner in healing, so generous and loving. So I'd go to the barn and say, 'I don't care what anyone says. We're in this together.' They (horses) aren't going to criticize me. They're going to take you for what you are. That's so healing. So real, not phony, no criticism, just take you for what you are.