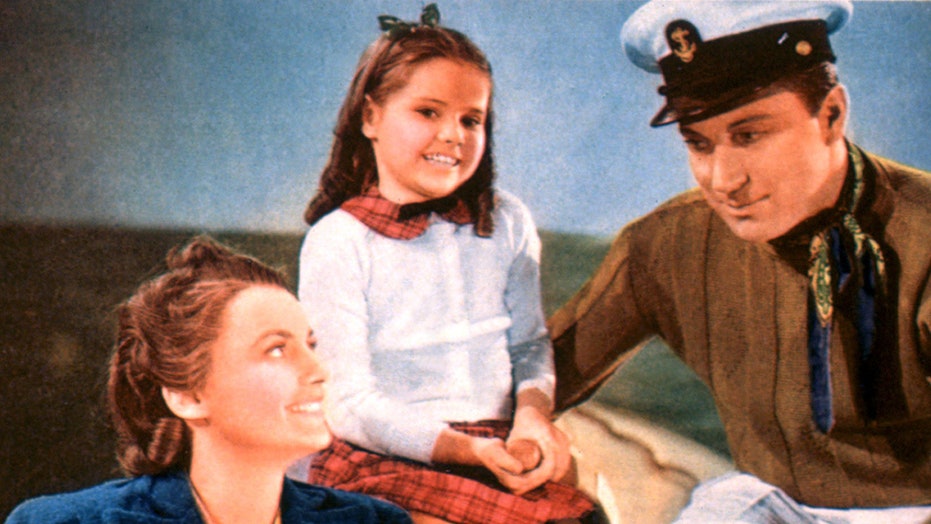 Ann E. Todd, a former child star in the 1930s and ‘40s who appeared in films such as “Intermezzo” and “All This, and Heaven Too" before making her mark in sitcoms during the '50s has died. She was 88.

The actress’ family announced Todd passed away on Feb. 7 of complications from dementia, The Hollywood Reporter shared on Tuesday.

As a child, Todd starred in nearly 40 films alongside some of the most influential stars of Hollywood’s golden era, including Ingrid Bergman, Bette Davis, Ronald Reagan, Maureen O’Hara, Marlene Dietrich and Edward G. Robinson, among others.

But Todd’s most recognizable role was that of 1939’s “Intermezzo,” Bergman’s screen debut. She went on to portray Charles Boyer’s daughter in 1940’s “All This, and Heaven Too,” where Davis played her governess. She also appeared as a younger version of Linda Darnell in 1941’s “Blood and Sand,” and starred as one of Jeanette MacDonald’s daughters in 1948’s “Three Daring Daughters” opposite Elinor Donahue and Jane Powell.

Todd’s final on-screen role was that of Stuart Erwin and real-life wife June Collyer’s daughter on the ABC sitcom “The Stu Erwin Show,” which was also known as “Trouble With Father,” from 1950 until 1953, revealed The Hollywood Reporter.

Todd, who was born Ann Phillips on Aug. 26, 1931, in Denver, was raised by her maternal grandparents in Southern California. Her movie debut came in 1938 with George Cukor’s “Zaza,” which starred Claudette Colbert and Herbert Marshall.

Todd earned a master’s degree in library science in 1958 at UC Berkeley, as well as a master of arts degree in 1960. She went on to serve as a reference librarian at the school from 1960 until 1961, followed by 1970 until 1990. Todd also founded and edited the library’s newsletter.

In 1993, Todd received a lifetime achievement citation from the Music Library Association for her accomplishments as an author, editor, publisher and librarian.

Edward Arnold with Jane Powell (center) and Ann Todd in the MGM musical film "The Birds and the Bees," aka "Three Daring Daughters," 1947. (Archive Photos/Getty Images)

Todd was married to music professor and composer Robert David Basart from 1951 until his death in 1993, also on Feb. 7 of that year. Her survivors include her two children, Kate and Nathaniel, as well as her three grandchildren.

According to the family, “although Ann had dementia for the final seven years of her life, her passing was serene.”

John Roberts, emeritus head of the music library at UC Berkeley, told The Daily Californian she will be dearly remembered.

“She was a remarkable figure not only because she achieved things in a number of different areas,” said Roberts. “She really was an extraordinary individual and one of the most important figures in the history of the music library and Berkeley’s libraries in general. I will really miss her voice of leadership and inspiration.”