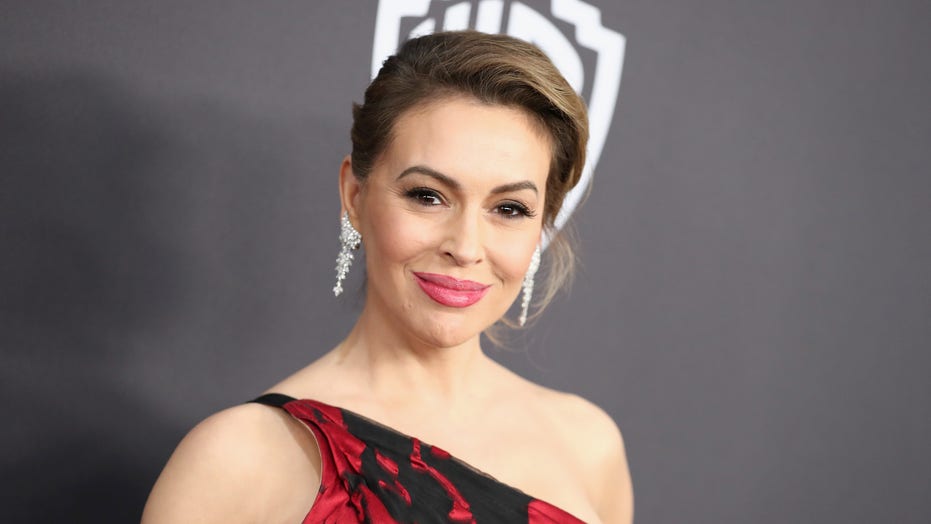 Alyssa Milano has found herself at the center of another controversy.

The "Charmed" alum and outspoken political activist's neighbor called police on Sunday morning to report a possible gunman near her home in the Bell Canyon area of Ventura County, Calif.

A spokesperson for the Ventura County Sherrif's Office told Fox News on Tuesday that they received several calls from others in the area and that the initial call came from someone "not related to Alyssa Milano."

Daily Mail, which obtained photos from the police response, reports that seven sheriff's vehicles, a K-9 unit, the Los Angeles Fire Department and a helicopter responded to the call.

"We first noticed the helicopter circling overhead very low and knew something was going on, it's usually such a quiet community," a neighbor told the British newspaper. "Then we saw all the police cars parked in front of Alyssa's home. They had their guns at the ready and seemed very serious."

In a statement to Fox News on Tuesday, Milano, 47, explained that her neighbor called the police after spotting "a man dressed in all black, walking in the woods between our properties with a gun," which she called "a rare sight in our parts."

Milano said her husband then called 911 "to check on when police would be arriving."

Police eventually discovered that the gunman was a hunter stalking squirrels with an air rifle.

Milano's statement said the man called 911 himself to inform police of the situation and to apologize "for the commotion he had caused."

Outspoken in her political beliefs, the actress has been at the forefront of a movement calling to defund police departments in the wake of several deaths of Black people at the hands of police officers.

ALYSSA MILANO BLAMES TRUMP FOR CORONAVIRUS DISHONESTY, CALL FOR GOP TO BE 'TRIED FOR TREASON'

The newspaper reports that Milano has owned the home since 2001 and resides there with her husband, Dave Bugliari, and their two children, Milo, 9, and Elizabella, 6.

The home reportedly cost $2.5 million and boasts five bedrooms and six bathrooms within its 8,000 square feet.

Alyssa Milano (right) and her husband Dave Bugliari (left). The actress said that her husband called the police to ask when they'd be arriving after a neighbor made the initial call to law enforcement. (Photo by Rich Fury/Getty Images)

One of Milano's neighbors slammed the actress after she had demanded defunding online.

"She can tweet those things because at the end of the day she lives behind gates in a gated community. She knows the police will come to save her," the resident told the Daily Mail. "But what about all those people who don't have that luxury and live in unsafe neighborhoods? She obviously doesn't care."

A number of times throughout the summer, Milano tweeted "#DefundThePolice," once including a video of John Oliver explaining that the movement does not mean ending policing, but instead focuses on funding mental health services and community housing.

Another "#DefundThePolice" tweet came from the star alongside a video of a Black man being threatened by an officer during what appears to be a traffic stop.

Milano addressed the controversy in her statement on Tuesday, explaining that the investigation of a potential gunman is an appropriate reason to call the police.

"These are exactly the type of situations that police officers are trained for and should be responding to, and we will always support police having the resources they need for appropriate policing actions," she said. "We’d love to see equally trained non-police professionals respond to addiction and mental health crises and non-violent events so that these brave officers can do the jobs they are so good at handling, as they demonstrated this weekend."

Additionally, the actress thanked the sheriff's department on Twitter and re-emphasized on the social media platform that she "never called the police," calling claims that she had "a lie."

She added: "But I would have if I saw a guy with a gun in my backyard."