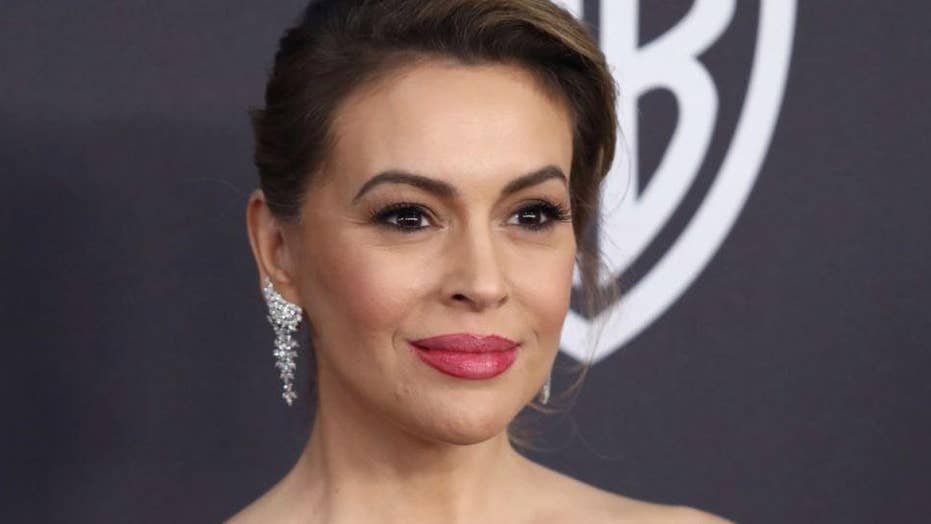 Alyssa Milano under fire after supporting Joe Biden over MeToo claims. Biden was accused by former Nevada state assemblywoman Lucy Flores of making her feel uncomfortable at an event five years ago, saying she felt 'powerless' at his 'intimate behavior.'

"Charmed" actress Alyssa Milano received a flurry of criticism after she defended former Vice President Joe Biden on Monday and promoted his 2020 candidacy amid allegations he inappropriately touched a number of women.

The backlash came after Milano appeared on MSNBC, where she attributed Biden's behavior by describing it as "a culture difference."

"For me, the thing that set this story -- the Ms. Flores story -- apart from all the other stories: To Joe, this was a culture difference, because culturally he was raised in a family that was super affectionate,” she told MSNBC's Ali Velshi and Stephanie Ruhle on Monday.

Milano was referring to an allegation by Lucy Flores, a former Nevada assemblywoman, who accused Biden of "plant[ing] a big slow kiss on the back of my head."

Milano defended Biden, saying that it was important that he wanted to learn from the experience. “For him, this was a realization of, well, everyone sort of grows up in a different household, and maybe my actions make other people uncomfortable, and it was an acknowledgment,” she told Velshi and Ruhle.

She mentioned how, during a private conversation between the two, Biden said he was willing to learn and listen -- something she wished more powerful men would say "out loud."

Her overall defense of Biden prompted backlash on Twitter, with some people taking aim at her appearing to excuse his conduct as the product of cultural differences.

On Twitter, some also indicated Milano was held to a double standard after she admitted that she expressed potentially inappropriate affection to a crewmember.

Biden has also shared his regret for the experience that Anita Hill had while testifying about her alleged experiences with Supreme Court Justice nominee Clarence Thomas.

Milano, after referencing Hill, warned not to: "look at [Biden's] past myopically."

"We really have to look at the big picture with co-authoring the Violence Against Women Act, starting 'It's On Us,' always being a supporter of the women’s right to choose and women's rights in general, and fighting for women to be on the Judiciary Committee after Anita Hill," she said.

She went on to argue that the allegations against Biden shouldn't prevent him from receiving the Democratic nomination in 2020. For her, the election was about beating Trump rather than pushing progressive policies.

Milano also previously called Biden a "friend" during an episode of the "Sorry Not Sorry" podcast, which she claimed was produced before the allegations surfaced. She hosted him for a discussion on sexual assault and the #MeToo Movement, something he praised.