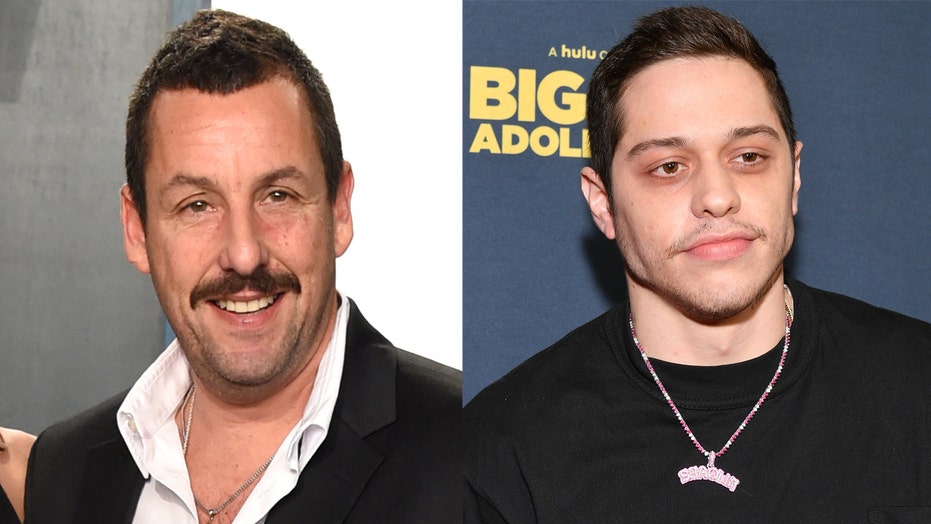 Adam Sandler and Pete Davidson are expressing themselves through song, with the help of another '90s comic.

The two appeared in the latest at-home episode of "Saturday Night Live," where they performed a song called "Stuck in the House."

The song kicked off with Davidson, 26, singing.

"I'm stuck and I'm bored, got nothing to do," he sang. "I miss my friends, they miss me too. Sick of watching shows and talking on Zoom."

He continued, saying he's hiding from his mom and growing tired of the same routine.

"Stuck with my fam, I can't get out. For, like, two months, been on my couch," the comedian sang. "Running out of things to talk about. It's quarantine in my house."

Sandler, 53, then appeared, singing into a microphone.

"I'm done with selfies so don't even ask. Staying in the house in an underwear mask," sang Sandler as he wore white underwear over his head, covering his nose and mouth. "Only pet my dog with a baseball mitt, baking my own bread and it tastes like s--t."

Sandler joked about being too scared to seek medical attention for injuries and "using both sides of my toilet paper."

"Wife tried to kiss me and I straight-up denied her. I miss the NBA and I miss Rob Schneider," Sandler sang.

The scene then cut to Schneider, 56, knocking on Sandler's door.

"You can do it!" Schneider shouted through the door, reciting his iconic line from several films he's done with Sandler.

Sandler shouted back: "No!"

Returning to the song, Sandler sand: "Have the GrubHub guy leave the food on the street. I'm so f--king bored I'm doing songs with Pete."

The video ended with Sandler and his wife and daughters holding up signs that read, "Thank you first responders" and, "We love you."