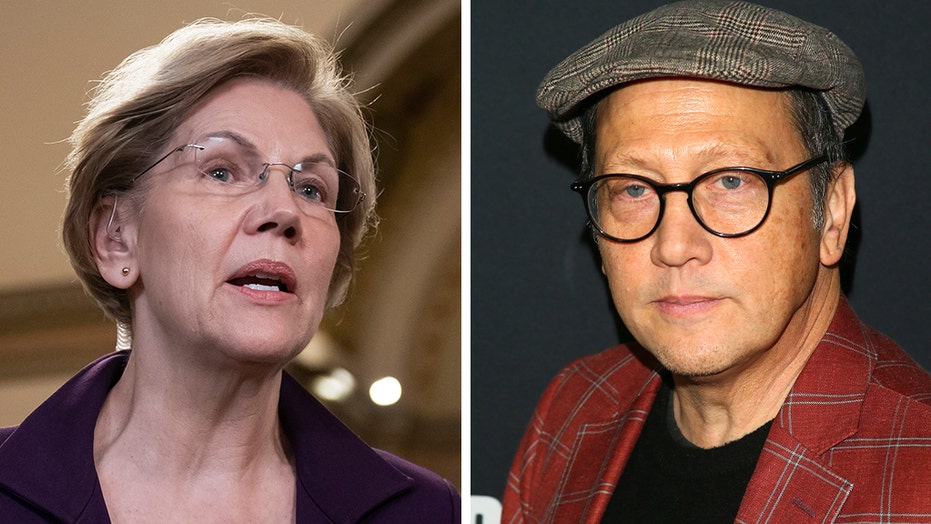 Rob Schneider is standing up for free speech.

The funnyman responded to a series of tweets sent by Sen. Elizabeth Warren, D-Mass., on Wednesday in which the presidential hopeful urged big tech companies to “fight the spread of false information that disempowers voters and undermines democracy.

“The stakes of this election are too high. We need to fight the spread of false information that disempowers voters and undermines democracy. I’ll do my part—and I’m calling on my fellow candidates and big tech companies to do their part, too,” Warren’s tweet read, which certainly didn’t sit well with the comedian.

ROB SCHNEIDER HITS BACK AT ADAM SANDLER, SAYS ‘IT WOULD BE FUN’ TO PIN HIM FOR MURDER: ‘I KNOW HIS SECRETS’

“Thank YOU @ewarren for treating Americans like we are so completely f------ stupid that we can’t think for ourselves,” Schneider wrote. “Luckily we have leaders like YOU who can tell us what to believe & how to vote. You are right:the stakes are too high to trust the people to decide for themselves.”

The comedian didn’t stop there and issued a follow up four hours later and accused Warren of being a champion of censorship and standing in the way of free speech.

“Thank you @ewarren for your censorship & totalitarianism in the guise of democracy!” he wrote. “Like YOU, I will ask @google, @Twitter @Facebook & other Tech companies something: IGNORE dictatorial mandates from politicians like YOU who have NO faith in the American people! #FreeSpeech.”

Schneider had his fair share of those who agreed with him and many who simply argued the premise that a number of folks “have great difficulty deciphering false information,” adding, “It’s causing a huge problem.”

Another user responded to Schneider, writing, “Problem is that social media is BRAND NEW. Ordinarily publishers had an obligation to fact check and report responsibly or be sued for what they published even if it wasn't theirs. FB and Twitter turned everyone into publisher's, no filter, no duty of care, no due diligence.”

This isn’t the first time that Schneider has taken to Twitter about the freedom of speech. He did it earlier this year when “Saturday Night Live” fired comedian Shane Gillis after a YouTube video surfaced of him using a racial slur while discussing a Chinatown neighborhood with another comedian.

He also spoke out for free speech in November, calling out the online trend of trying to silence those with differing opinions.

“Sorry to have to repeat this again: Free Speech is ALL speech. Even the speech that you find repugnant,” he began a series of tweets at the time. “You are either for ALL of it or… you are for none of it. We don’t need people deciding FOR us what to think, see or hear. That’s a load of totalitarian crap.”

In the midst of Warren’s tweetstorm, she also made a “pledge” that she would “not knowingly” use or spread false information to benefit her own candidacy or to damage anyone else’s campaign.

“I’m sending a clear message to anyone associated with the Warren campaign: I will not tolerate the use of false information or false accounts to attack my opponents, promote my campaign, or undermine our elections. And I urge my fellow candidates to do the same,” Warren continued in a follow-up tweet.