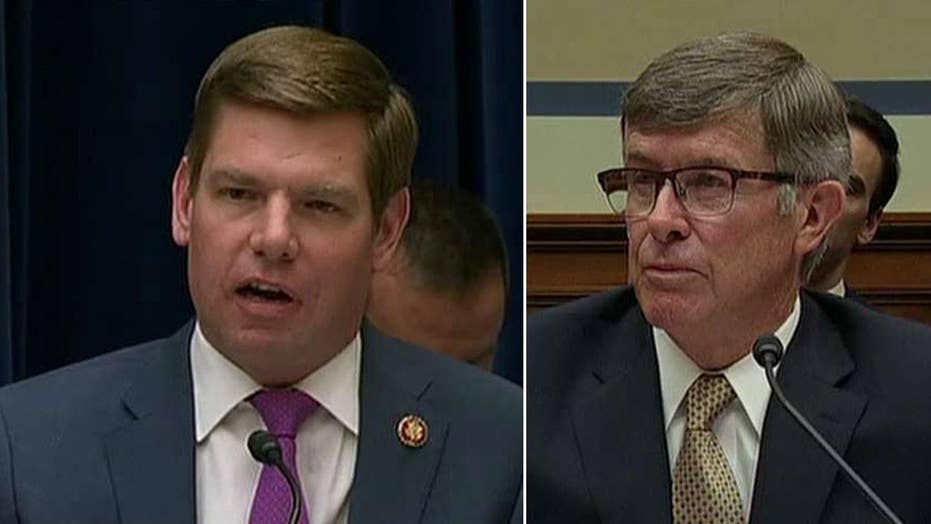 Acting DNI Joseph Maguire defends his decision to go to the White House with the complaint instead of Congress; chief intelligence correspondent Catherine Herridge reports from Capitol Hill.

"The View" co-host Abby Huntsman took aim Friday at people who don't believe that President Trump abused his power during his controversial call with Ukraine.

"Anyone who is out there saying this isn't an abuse of power in any way, then shame on you because you have no dignity," Huntsman said. "You lost what you stood for."

"National security should be the bones and the meat of the party," she said.

Co-host Ana Navarro similarly claimed that Trump's actions constituted a "national security threat" and abuse of power. The administration, she suspected, would try and distract the public with appearances from people like Trump's attorney, Rudy Giuliani -- whom she described as acting like "an insane person."

Huntsman also sympathized with Maguire as he testified, and found his exchange with Rep. Adam Schiff, D-Calif., "uncomfortable."

"Joe Maguire's not the bad guy in this," Huntsman said. "He is someone who served this country. I felt bad for him."

Co-host Sunny Hostin suggested that Maguire broke the law when he took the whistleblower complaint to the White House.

"I mean if you ask me to grade myself, I get an A every time," Hostin said, apparently mocking the administration's handling of the matter.

Huntsman responded by warning that Democrats would face a losing battle if they tried pursuing action against Maguire.