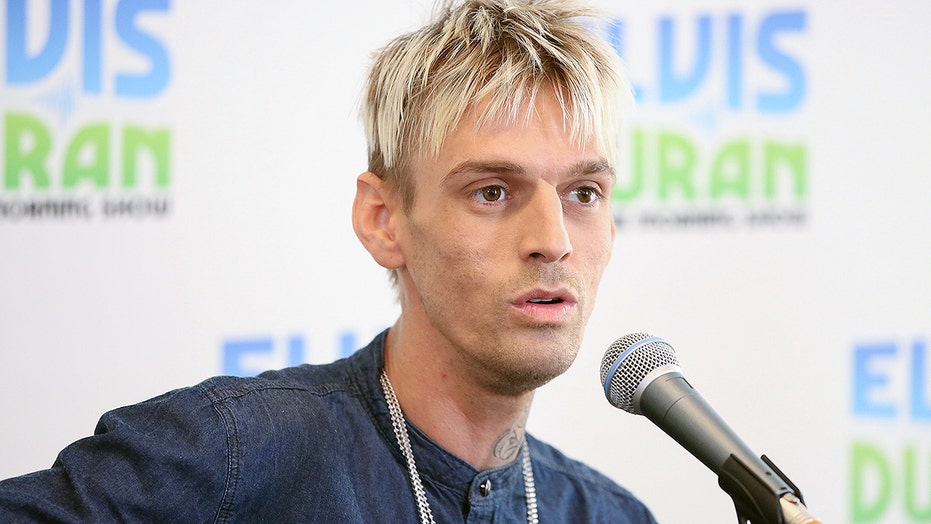 “It’s my first time! Check me out live tonight @camsoda 9pm PST #camsoda #cammodel,” the “I Want Candy” singer teased across social media along with a shirtless photo.

Prior to his broadcast, a rep for CamSoda confirmed to PageSix that Carter, 32, would be doing X-rated video content on the platform.

Bananas were reportedly going to be used during his livestream, according to the rep.

According to metro.co.uk, Carter was filmed himself showering and playing the guitar nude.

At the time, a source told PageSix, Carter “is going ballistic” because of Martin’s adult entertainment content.

“He originally wouldn’t allow her to have her computer,” the source added, although they later confirmed Martin, 32, received equipment to film from CamSoda.

Carter’s rep told the outlet those claims were “fake news.”

The “Sooner or Later” singer also has an OnlyFans page and charges $27 a month for a subscription.

Carter isn’t the only former Disney Channel star to get involved with adult subscription websites.

Bella Thorne recently made headlines for reportedly making $2 million in less than a week after joining OnlyFans.

The Los Angeles Times reported the former Disney child star is charging $20 a month for access to her feed.