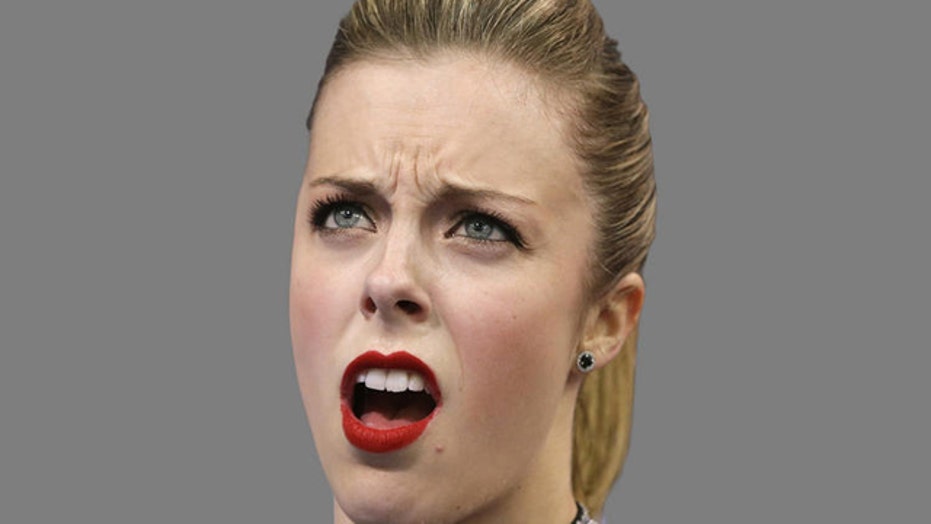 The 2014 Winter Olympics in Sochi are turning into one of the weirdest ever.

First off, the lead-up to the games was full of barely clad lady Olympians, with skiers, skaters, and even curlers from the US and Russia stripping down to their skivvies for magazines and web sites.

It definitely got the athletes attention, but many found the flesh flashing sexist.

Then came poor Bob Costas and his disgusting pink eye problem. "Today" show host Matt Lauer was called in to pinch hit for NBC's number one sportscaster, but the switcheroo didn't do much to help flagging ratings, which so far are about 10 percent worse than the Vancouver games.

Not only that, "Good Morning America" is still beating "Today." Yikes.

Maybe that's because the sports aren't grabbing the attention of the viewing public. Case in point: Russian speed skater Olga Graf has been one of the biggest stories, not for winning a bronze medal, but for accidentally unzipping her outfit out on the ice.

Its like the Winter Games are becoming one big reality show, minus a few Kardashians.

What do you think of the 2014 Games? Watch 4Four4, where four Fox editors argue their plusses and minuses, and then join the conversation online. Leave your comments below, or go to Twitter and join us at #4FOUR4.