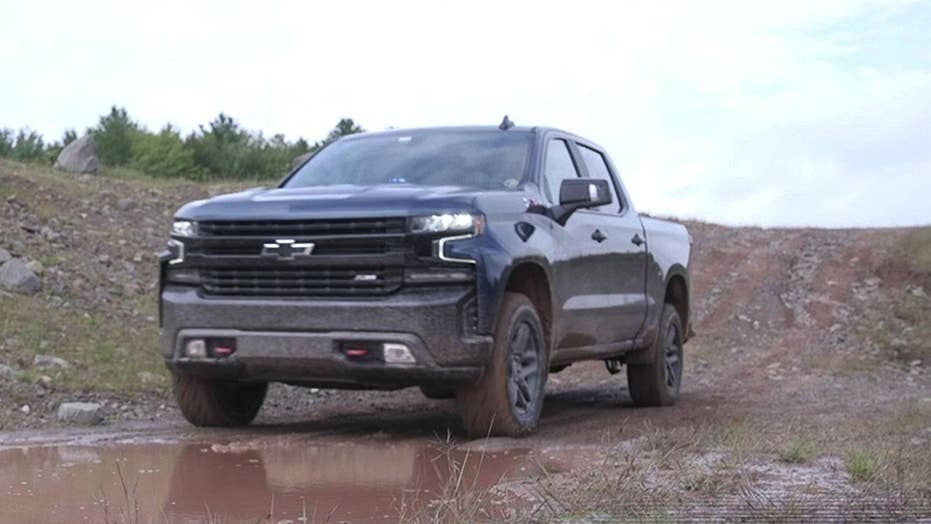 The 2019 Chevy Silverado is a Boss

The 2019 Chevrolet Silverado is all new, and comes in a new Trail Boss model that's jacked up and ready for the rough stuff. Fox News Autos Editor Gary Gastelu got his dirty boots and checked it out.

Talk about a dually.

For the first time in decades, Chevrolet's Silverado 1500-size pickup is available with both an inline-six-cylinder engine and a diesel motor. And they’re one in the same thing.

The turbocharged 3.0-liter Duramax stands out in the light-duty diesel crowd with its straight-six design, which has fewer moving parts than a V6 and a better-balanced firing order that promises smoother operation. The all-new GM-designed engine -- which is also offered in the GMC Sierra 1500 and will soon debut in Chevy and GMC’s new full-size SUVs -- is rated at 277 hp and 460 lb-ft of torque. It comes with a 10-speed automatic transmission that makes great use of its low-down grunt and lets it chug along at lazy 1,600 rpm on the highway at 70 mph.

In two-wheel-drive models, the Duramax scores a 33 mpg EPA fuel economy rating. That’s better than any pickup, even GM’s midsize diesels. Equipped with four-wheel-drive, it ties with the Ram 1500 EcoDiesel 4x4 at 29 mpg. I was able to get the 4x4 Silverado LTZ crew cab I tested over 30 mpg by keeping it right around 60 mph, which seems to be the sweet spot for full-size truck efficiency.

Where it comes up short is its maximum towing capacity, which is 9,300 pounds and doesn’t look great on paper compared to the Ram’s 12,560-pound rating. Chevrolet says it was focused on fuel economy and didn’t think it was worth the aerodynamic compromises required for the additional cooling systems needed to get certified for heavier hauling, and that it’s confident it is capable enough to meet the needs of the vast majority of its 1500 buyers. Nevertheless, the Ram’s figures suggest that you can have the best of both worlds.

FOX NEWS AUTOS TEST: THE RAM 1500 ECODIESEL IS READY FOR THE LONG HAUL

Ram also offers the Ecodiesel across its entire 1500 lineup, while the Duramax is currently available in select Silverado trims. It’s a $3,890 premium over the 2.7-liter turbocharged 4-cylinder gas motor in the LT and RST, and $2,495 more than the 5.3-liter V8 in the LTZ and High Country, which is exactly what it costs to get the optional 6.2-liter V8, which is rated at 420 hp and 460 lb-ft.

It feels more like a V8 than most diesels do, too. Those queued-up pistons are surprisingly responsive and revvy when you step on the accelerator and as silky as the reputation that proceeds them, especially by truck standards. It’s a gem that should be well-suited to GM's utility vehicles, but makes a solid argument for itself in the Silverado when you pull up to the pump.

At today’s fuel prices, the diesel will save an average driver $1,000 annually in fuel costs over 15,000 miles compared to the 6.2-liter V8. Considering the lowest price of entry for the diesel is a $45,200 LT double cab with a short bed, that’s a very good thing.