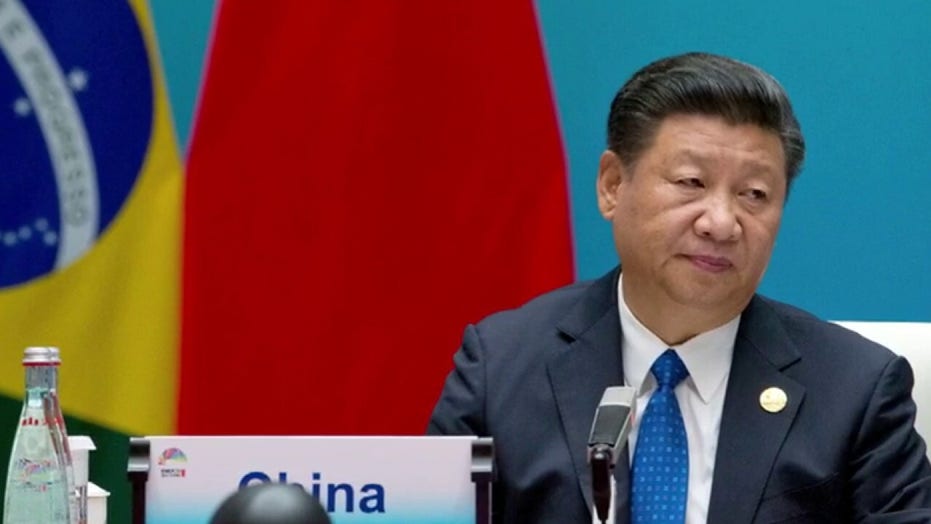 President Xi Jinping visited China's coronavirus epicenter Tuesday for the first time since cases emerged in the city of Wuhan in December.

There have been more than 80,000 confirmed cases in mainland China, with more than 3,100 deaths since the outbreak, but people are gradually beginning to return to work in other parts of the country.

His visit comes as the whole of Italy, which has been worst hit outside China, went under lockdown Tuesday. Nearly 2,000 new cases of COVID-19 were confirmed in Italy on Monday evening, bringing the country's infected total to 9,172. Those killed by the virus increased from 366 to 463, according to Johns Hopkins University.

Xi’s trip to Wuhan came as the country recorded just 19 new cases of the virus Tuesday. The official Xinhua News Agency said Xi went to a hastily built hospital, visited with patients and encouraged staff to “firm up confidence in defeating the epidemic.” He then visited Wuhan residents under quarantine at home, Xinhua reported. Wuhan has been under lockdown along with several nearby cities since late January.

His visit sent a "strong signal to the entire country and the world that China is ascending out of the darkest moment amid the outbreak," according to analysts quoted by China's state-run Global Times.

“It is obvious that Xi could not have visited Wuhan earlier because the risk of him contracting the virus there was initially too high,” Zhang Ming, a professor at Renmin University in Beijing, told Reuters.

“He is there now to reap the harvest. His being there means the CCP (Chinese Communist Party) may declare victory against the virus soon.”

Ying Yong, the party secretary of Hubei province where Wuhan is located, told local officials that preparations should be made for resuming business production and the safe and orderly movement of individuals, according to a notice published on Hubei's government website.

Jingzhou, a city in Hubei, has ordered roads and village entrances in low-risk areas to be reopened to restore agricultural production. And Hubei's government said Tuesday it is launching an app-based system in which people who are deemed healthy and not at risk are given green codes to allow them to travel freely within the province.

“Now that the virus has a foothold in so many countries, the threat of a pandemic has become very real. The great advantage we have is the decisions we all make as governments, businesses, communities, families and individuals can influence the trajectory of this epidemic.” 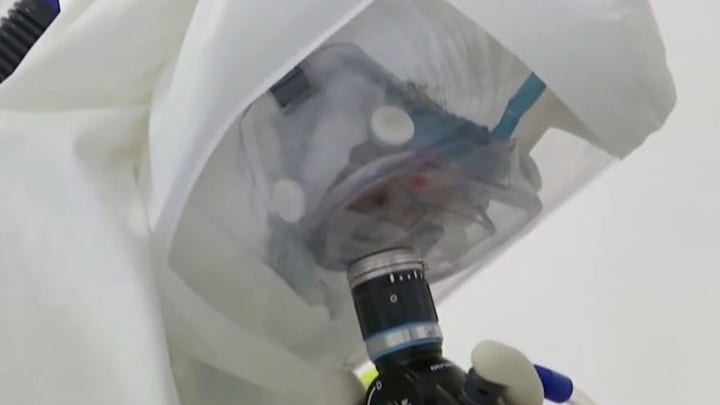 Italy's 9,172 cases and 463 deaths are the second-most in the world. Iran has reported 237 deaths among 7,161 cases, but many experts fear the scope of the illness there is far wider than reported. South Korea reported 35 more cases Tuesday, bringing its total to 7,513 with 53 deaths.

For most people, the virus causes only mild or moderate symptoms, such as fever and cough, but it can progress to serious illness including pneumonia, especially in older adults and people with existing health problems. WHO says mild cases last about two weeks while patients with serious illness recover in about three to six weeks.

CDC IS NOT SENDING PEOPLE TO YOUR DOOR FOR CORONAVIRUS INFO, POLICE SAY

The apparent subsiding of China's outbreak came only after authorities there imposed massive quarantines, which are still largely in place. Although China came in for criticism at home and globally over its early response to the outbreak, its draconian efforts aimed at curbing control appear to have been effective.

Israel will quarantine anyone arriving from overseas for 14 days, a decision coming barely a month before Easter and Passover.

All St. Patrick's Day parades were canceled in Ireland, including one in Dublin that typically draws half a million to its streets.

All schools in and around Madrid will close for two weeks. The rising number of cases around Spain's capital “imply a change for the worse,” the country's Health Minister Salvador Illa said.

Trying to send a message of confidence in the economy, French President Emmanuel Macron and his wife walked on Paris’ Champs-Elysees avenue. “I’m shaking hands using my heart,” he said as he waved to people while keeping a 1-meter distance from passersby.

In the United States, where more than 600 infections and 26 deaths have been reported, the Grand Princess cruise ship docked in Oakland, California, for its passengers to head for a 14-day quarantine in the U.S. or their home countries. At least 21 people aboard are infected.