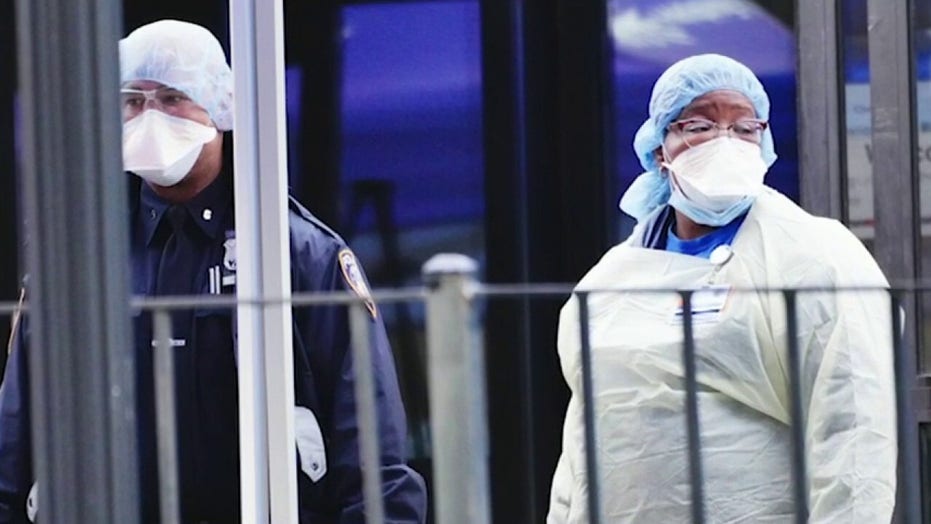 Doctors warn coronavirus symptoms could include loss of smell, taste

The head of the World Health Organization, in charge of making life or death decisions on a grand scale, has been accused of covering up cholera epidemics, supporting a terrorist organization and inflating his resume to claim he conquered malaria and HIV.

Tedros Adhanom Ghegreyesus' campaign to rewrite his questionable past has some wondering whether he is the right fit to lead the global agency through the coronavirus pandemic.

"Tedros is the second-to-last person who should be heading the world World Health Organization at this time," foreign affairs expert Gordon Chang told Fox News. "The last person is (Chinese President) Xi Jinping."

The Ethiopian official, who was elected to lead the WHO in 2017, has been accused of cozying up to countries like China that have pledged millions of dollars to the agency.

Last week, Tedros applauded Xi for his efforts to contain and control the novel coronavirus that is widely thought to have originated in a Wuhan, China seafood market.

"For the first time, #China has reported no domestic #COVID19 cases yesterday. This is an amazing achievement, which gives us all reassurance that the #coronavirus can be beaten," Tedros tweeted.

Beijing has been accused of multiple cover-ups related to COVID-19 and health experts have said China's decision to suppress information about the virus has endangered the lives of millions around the world.

"Tedros permitted Xi Jinping to make public health decisions for the World Health Organization, and that slowed down the global response to the coronavirus outbreak at crucial moments," Chang said. "Moreover, Tedros, by making comments supporting the totalitarian form of rule over democracy, made himself a part of Xi's campaign to bring despotism to the planet. Democracies should defund WHO if Tedros stays."

Earlier this week, Tedros praised President Trump for his leadership skills in addressing the global pandemic.

Despite the compliments to China and the United States, the number of cases has skyrocketed.

Tedros, the first African picked to lead the international health agency, has been under a microscope for years. And his rise to power hasn't been an easy one.

He landed his current job after three rounds of secret-ballot voting where he knocked out Dr. Sania Nishtar, of Pakistan, and Dr. David Nabarro, of Britain.

Just ahead of the vote, Tedros was accused of covering up three cholera epidemics in Ethiopia when he was health minister. Tedros denied the allegations and claimed they were made as part of a "last-minute smear campaign" against him.

At the time, Lawrence Gostin, the director of the O'Neill Institute for National and Global Health Law, called out Ethiopia's long history of denying cholera outbreaks even as they were going through them and said some of those outbreaks took place on Tedros' watch. Gostin said he went public with his concerns because he feared that with Tedros at the helm of the WHO, the agency "might lose its legitimacy."

Tedros Adhanom Ghebreyesus, Director General of the World Health Organization speaks during a news conference on updates regarding on the novel coronavirus COVID-19, at the WHO headquarters in Geneva, Switzerland earlier this month (Salvatore Di Nolfi/Keystone via AP)

In an interview with The New York Times, Tedros denied covering up cholera outbreaks in 2006, 2009 and 2011, and said the cases of suspected cholera were actually cases of "acute watery diarrhea" that occurred in remote areas of the country where testing is "difficult."

The Guardian and The Washington Post have both reported that unnamed Ethiopian officials were putting pressure on aid agencies to stop using the word "cholera" and to not report the number of people affected by it during earlier outbreaks.

Born in 1965 in Asmara, which became Eritrea's capital after its independence from Ethiopia in 1991, Tedros grew up in northern Ethiopia's Tigray region. After his younger brother died from the measles, he vowed to push for universal health coverage.

MOZAMBIQUE CHOLERA CASES JUMP TO 139 A DAY AFTER OUTBREAK

Tedros became a member of the Tigray People's Liberation Front (TPLF), which began a protracted rebellion against the military government and was crucial in the 1991 overthrow of Mengistu Haile Mariam, Ethiopia's Marxist dictator. The victory resulted in swapping out a Amhara-dominated government with one led by Tigray leaders, which led to more than a decade of conflict.

Journalist Abebe Gellaw claims Tedros was one of the top three members of the TPLF and that the party is "ultimately responsible for all the corruption, killings, torture, mass detention, land grab or displacement," he wrote in the Ethiopian Registrar.

The United States State Department has categorized TPLF as a terrorist organization due to its "violent activities before it became part of the ruling coalition and the government of Ethiopia in May 1991."

Gellaw has also accused Tedros of using a U.S.-based lobbying firm to inflate his resume.

"He is hyping up his dubious successes: conquered malaria, destroyed HIV, reduced infant mortality, built thousands and thousands of clinics," Gellaw wrote, adding, "They never talk about the reality behind those exaggerated figures."