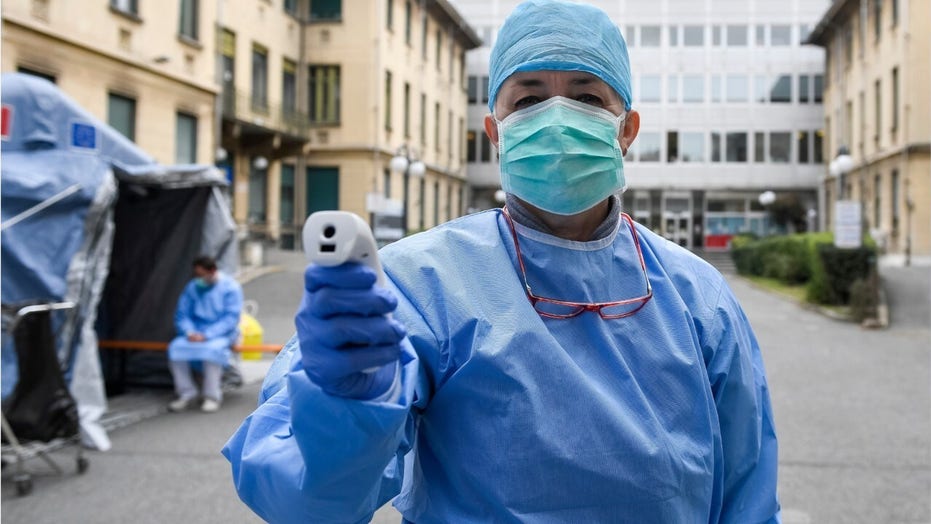 Comparing coronavirus pandemic to past outbreaks of major illnesses

The World Health Organization's director-general kicked off his Friday by praising China's efforts to contain and control the coronavirus.

In an early-morning tweet, Tedros Adhanom Ghebreyesus applauded Beijing for its handling of the global pandemic, which China is largely blamed for spreading.

"For the first time, #China has reported no domestic #COVID19 cases yesterday. This is an amazing achievement, which gives us all reassurance that the #coronavirus can be beaten," Tedros tweeted.

On its surface, the praise seems harmless enough.

It is encouraging that the world's most populous country-- ground zero of the crisis-- has reported no new cases of the deadly disease. But a deeper dive into the cozy and symbiotic relationship between Tedros and Chinese President Xi Jinping has some crying foul.

On March 11, the WHO finally declared the coronavirus a global pandemic. While some praised the move, others like Bradley Thayer, a political science professor at the University of Texas, San Antonio, and Lianchao Han, the vice president of Citizen Power Initiatives for China, questioned why the WHO and its director-general waited so long when health officials from various governments alerted them to the widespread devastation weeks in advance. 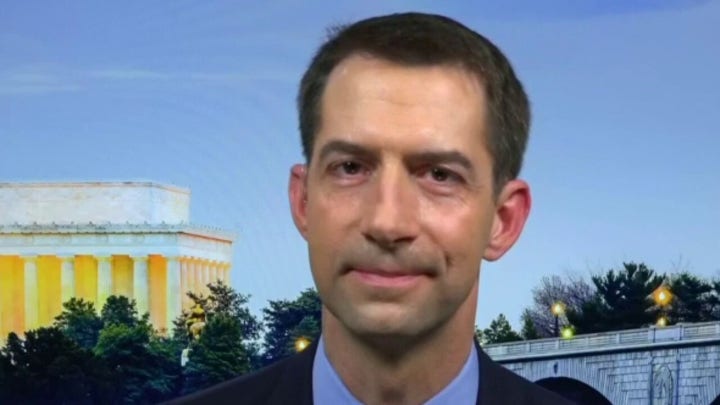 Thayer and Han have accused Tedros of turning "a blind eye to what happened in Wuhan and the rest of China" and after meeting with President Xi Jinping in January, helping him suppress the "severity, prevalence and scope of the COVID-19 outbreak."

As of Friday, there have been 246,275 confirmed cases of COVID-19. The United States saw a 51.3 percent increase from the day before putting the number of cases at 14,250. The death rate jumped 36.7 percent to 205. Worldwide, the number of fatalities from the coronavirus pushed past the 10,000 mark. Italy now has the dreadful distinction of having the most deaths in the world.

The coronavirus has been traced back to Wuhan, China, with the first case surfacing in late November, weeks before the Chinese government claimed it had. Since then, it has spread around the world, closing schools, halting industry and tanking financial markets. Entire nations have been put on lockdown.

On Thursday, the White House announced that it would cancel an in-person meeting of G7 leaders at Camp David in June. Instead, the heads of state will hold a video conference. As much of the world puts emergency plans in place, China has emerged - through their own aggressive public relations campaign aided by Tedros -- an international hero offering aid to countries desperate for help.

The problem is that China's complacency at the beginning of the outbreak helped create the crisis. The WHO accelerated it. 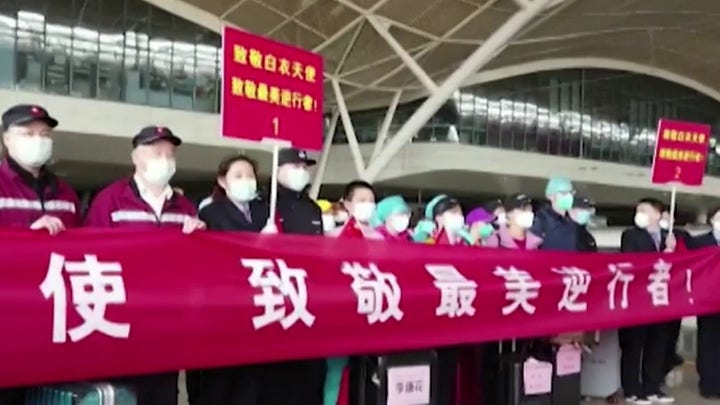 China and the United States have been trading jabs for days over who is to blame for COVID-19.

Her comments came after Chinese Foreign Ministry Spokesperson Hua Chunying tweeted that America was hellbent on blaming China. Hua slammed the United States, taunted the State Department and accused Secretary of State Mike Pompeo of lying on Fox News when he claimed China had allowed thousands of people to leave Wuhan and travel to places like Italy.

To prove their point, China cited the WHO.

"Stop lying through your teeth! As WHO experts said, China's efforts averted hundreds of thousands of infection cases," the spokesperson tweeted.

Through it all, Tedros has defended China.

"When he should have been focusing on global counter-pandemic efforts, Tedros instead was politicizing the crisis and helping Xi to shirk his responsibility for a series of wrongdoings in addressing the outbreak," Thayer and Han wrote in an opinion piece. The duo also accuse Tedros of using the WHO platform to "defend the Chinese government's gross violation of human rights."

Xi's henchmen silenced people who tried to expose the reality on the ground. Whistleblowers were detained. Some disappeared without a trace.

As China knowingly misled the world, Tedros publicly praised the country for its "transparency."

Why did he do it? Some say keeping China happy has tremendous advantages for not only the WHO but also for Ethiopia, Tedros' home country.

For more than a decade, Ethiopia's economy has been largely dependent on China. Beijing has shelled out hundreds of millions of dollars for mega-projects including a new $160 million national sports stadium in Addis Ababa, Ethiopia's largest city and capital.

"China is building the city from the ground up," Welibuw Buzenehe, a local food merchant in the area, told Politico. "Without China, not much would happen around here."

China has also become Ethiopia's largest trading partner. The Export-Import Bank of China put up $2.9 billion of the $3.4 billion railway project connecting a landlocked Ethiopia to the port-heavy country of Djibouti. China's money was also instrumental in building Ethiopia's first six-lane highway. Beijing can -- and has -- taken credit for helping reshape Addis Ababa's entire skyline with high-rises and sky scrapers.

But lately, China hasn't been happy with its investments in Ethiopia after projects like the railway line failed to generate the kind of cash developers had hoped. If China pulls out of Ethiopia, the African country's economy could crumble -- something Tedros is desperate to avoid.

The conflict of interest puts him and his actions as head of the WHO under a microscope.

Tedros was elected to his position in the WHO in 2017. 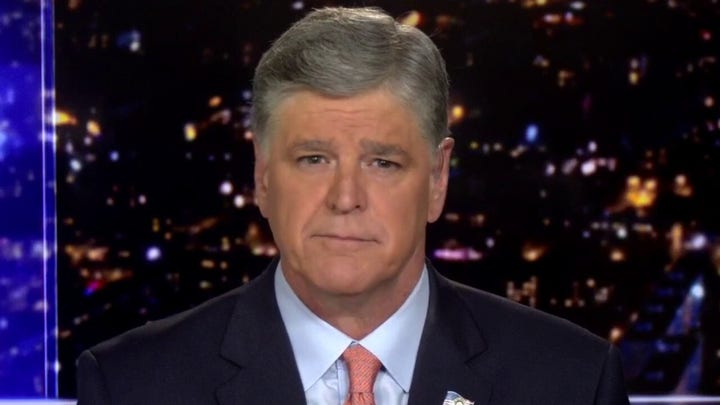 He was not trained as a medical doctor, had no global health management experience and made some seriously questionable moves right out of the gate, including trying to appoint then-Zimbabwe dictator Robert Mugabe as a WHO goodwill ambassador.

Since then, Tedros has gone out of his way to go through the movements of a caring leader, ready to shepherd countries out of whatever crisis was in front of them.

He ordered an internal investigation last year after allegations of racism, sexism and deep corruption in the WHO were made public through a series of anonymous emails to The Associated Press.

The emails detailed the dirty deeds and were sent en masse to top managers, some of whom were also accused of misspending money intended to fight Ebola in Congo.

After the AP story was published, WHO said it was "aware" of the allegations and has a "zero tolerance for misconduct or discrimination of any kind."

Then the statement praised Tedros and claimed he had "championed openness, transparency and diversity" since becoming WHO's chief.

The self-praise had some critics rolling their eyes and wondering if the WHO, under Tedros' leadership, could be trusted to effectively investigate itself. They also questioned his loyalty to China and how that could top what might be best for the rest of the world.

Thayer and Han say the writing's on the wall.

"The coronavirus pandemic has shown that Tedros is not fit to lead the WHO," they said. "Because of his leadership, the world may have missed a critical window to halt the pandemic or mitigate its virulence.

"The world is now battling rising infections and many countries have imposed restrictions. As leader of the WHO, Tedros should be held accountable for his role in mismanaging efforts to control the spread of the virus."

Calls for comment to the WHO were not immediately returned.