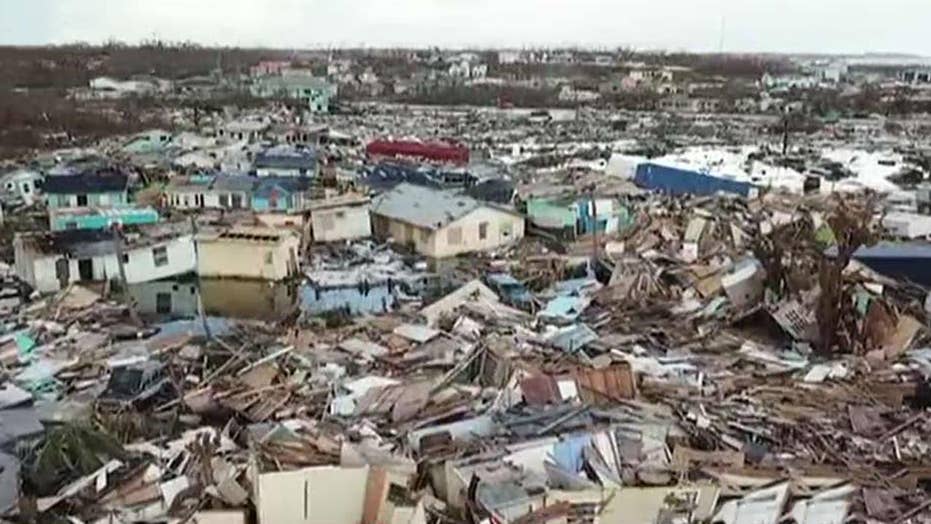 Hurricane Dorian's devastation of the Bahamas reportedly has U.S. officials worried China may use the tragedy as a back door to get a foothold in the Caribbean nation, with the Communist country using international aid efforts as a Trojan horse to establish a base of influence just 50 miles from the Florida coast.

Current and former U.S. officials, some speaking anonymously to the media, said this week that the Trump administration currently is focused on helping Bahamians who are struggling in the immediate aftermath of the storm, which struck the islands as a Category 5 and, according to some estimates, caused as much as $7 billion in damage. But in the months and years ahead, officials say, the U.S. must also pay close attention if China emerges as a key player in the recovery effort.

"There are certainly concerns about the Chinese having full access to the region," Fernando Cutz, a former senior director in the Trump administration’s National Security Council, told NPR. "You could imagine a situation where they would develop intelligence capabilities, intelligence gathering capabilities."

The extensive damage and destruction in the aftermath of Hurricane Dorian is seen on Great Abaco island in the Bahamas, on Thursday. (AP)

DORIAN DEATH TOLL RISES TO 30 IN BAHAMAS, COULD CLIMB HIGHER

Cutz added: "And, of course, they could potentially one day have a base, a naval base or some sort of Chinese military base that close to our shore would pose a very significant national security issue for the United States.”

China is already investing heavily in energy, infrastructure and mining projects around the world, gaining influence in continents like Africa and South America.

In the Caribbean, Chinese tech giant Huawei – a company the U.S. believes poses a significant national security risk – has helped build telecommunications networks in countries such as the Bahamas, where phone wiring has been largely destroyed by the storm, Axios reported.

"The administration will see this as part of a broader concern about China investing in countries as a threat to make potentially those countries beholden to China or indebted to China and to diminish the United States's influence in the Western Hemisphere," said John Dermody, who left his post as a deputy legal adviser at the National Security Council in June, to NPR. "And I would say that the concern is particularly acute where the investment is going to be in information technology. And in light of the catastrophic damage of the Bahamas, I think that is going to be an issue."

People search for salvageable items as they make their way through an area destroyed by Hurricane Dorian at Marsh Harbour in Great Abaco Island, Bahamas on Thursday. (AP/Miami Herald)

So far, the United Nations has announced the purchase of eight tons of ready-to-eat meals and said it will provide satellite communications equipment and airlift storage units, generators and prefab offices to set up logistics hubs in the Bahamas.

U.N. humanitarian chief Mark Lowcock told the Associated Press about 70,000 people "are in immediate need of life-saving assistance" on the Grand Bahama and Abaco islands, where Dorian hovered earlier this week -- reducing some communities to splinters.

A British Royal Navy ship docked at Abaco is also distributing supplies to hurricane survivors. On Grand Bahama, a Royal Caribbean cruise ship dropped off 10,000 meals, 10,000 bottles of water and more than 180 generators, as well as diapers and flashlights.

American Airlines said it flew a Boeing 737 from Miami to Nassau to drop off 14,000 pounds of relief supplies.

Troops from the Rhode Island National Guard also will be heading to the Bahamas to help. The Guard will mobilize three C-130J cargo aircraft that will depart from the Quonset Air National Guard Base on Friday, state officials said.

Total property losses in the Bahamas, not including infrastructure and vehicles, could reach $7 billion, the firm Karen Clark & Co. estimated.