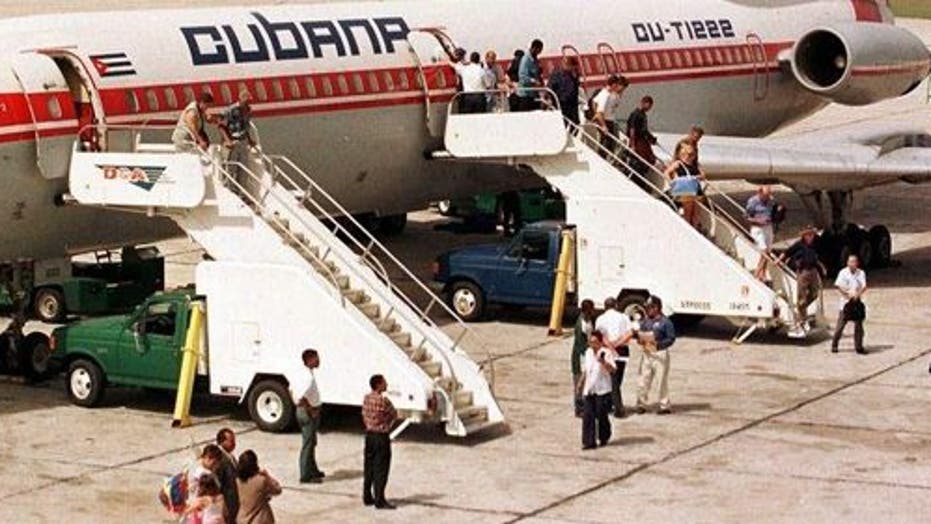 The U.S. Commerce Department announced Friday it will impose new sanctions on Cuba over its human rights record and its support of the Venezuelan government.

In a statement, the department said it will revoke existing licenses for aircraft leases to Cuban state-owned airlines and deny future applications for aircraft leases. Cuba's cash-poor carriers depend on aircrafts rented from leasing companies or other airlines, Reuters reported.

Additionally the U.S. will expand sanctions to include more foreign goods that are made of U.S. content.

“This action by the Commerce Department sends another clear message to the Cuban regime – that they must immediately cease their destructive behavior at home and abroad,” Commerce Secretary Wilbur Ross said in the statement.

Cuba, along with China and Russia, recognizes contested Venezuelan leader Nicolas Maduro, whereas the U.S. and more than 50 other countries do not.

Under Maduro’s regime, Venezuela has seen unprecedented economic turmoil that has forced more than 4 million to flee, according to the United Nations.

The Obama administration restored diplomatic relations between the U.S. and Cuba in 2015, but the Trump administration has been ramping up pressure in recent months on Cuba’s communist party leader, Raul Castro, for propping up the Venezuelan regime.

“The Cuban regime's disregard for human rights and use of violence to prop up the former Maduro regime are responsible for the ongoing crises in Cuba and Venezuela,” Secretary of State Mike Pompeo said last month as the administration imposed travel sanctions on the Castro family. The U.S. government has said around 20,000 Cuban troops and agents have been working in Venezuela to protect Maduro’s government.

“Castro is complicit in undermining Venezuela’s democracy and triggering the hemisphere’s largest humanitarian crisis, forcing 15 percent of the Venezuelan population to flee the country and precipitating a food shortage and health crisis of unprecedented scale in this region,” Pompeo said.

Trump in a speech at the United Nations last month called the Venezuelan leader a “Cuban puppet.”

“The dictator Maduro is a Cuban puppet, protected by Cuban bodyguards, hiding from his own people, while Cubans plunder Venezuela’s oil wealth to sustain its own corrupt communist rule,” Trump said.