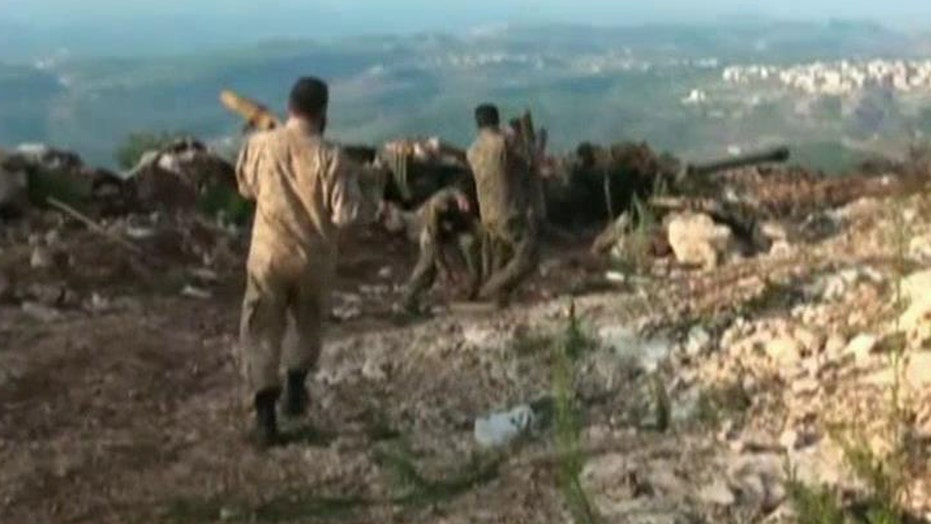 Pentagon denying weapons sent to Syria were for Kurds

A second delivery of small arms weapons was delivered to the Syrian Arab Coalition over the weekend, a second military official confirmed to Fox News on Sunday.

"The ammunition was flown into Erbil and then driven out [west]," said the official.

The Syrian Arab Coalition is a group comprised of roughly 5,000 fighters in eastern Syria.

A group of 20 leaders made up of various Arab groups traveled to Erbil over the summer to meet with U.S. military officials, part of a vetting process after the failure of the Pentagon to train a capable sizable Syrian force in Turkey to fight ISIS and not the Assad regime.

The Obama administration agreed this fall to shift to a new strategy designed to arm established rebel groups fighting in Syria.

Like the airdrop last month, this latest transaction involved small arms ammunition only and not heavy weapons such as RPGs, TOW missiles or AT4 (84 mm recoilless rifle), which have been supplied to U.S.-supported rebels fighting the Assad regime and the Iraqi Army in the past.

Experts believe that one of the reasons for the bundles of only small arms ammunition such as 7.62 rounds for AK-47s, reflects the sensitivity of the U.S. relationship with Turkey.

Small arms ammunition has made its way to Syrian Kurdish fighters in the past such as the YPG, a key ally in the fight against ISIS, but a group closely tied to the Kurdistan Workers Party or PKK in neighboring Iraq, a leftist group which has fought a thirty-year insurgency against Turkey.

The group recently resumed attacks against Turkish military and police units, killing scores in the past few months.

Pentagon officials said last week that Turkey requested US Air Force F-15C fighter jets at Insirlik Air Base near the Syrian border to help protect its airspace against Russian incursions which have occurred on a handful of occasions, according to the Turkish government.

Turkey has also allowed a growing presence of USAF air-to-ground attack planes to Incirlik including a dozen A-10 Warhogs and a half dozen F-15E Strike Eagles,  the two-seater variant to the C model which can conduct bombing missions against ISIS.

The A-10s replaced 12 F-16 fighter jets which returned to their base in Aviano, Italy a few weeks ago.