The investigation into the fate of Saudi journalist intensifies

Top Turkish officials fear he was murdered and that his dismembered body was flown out of the country.

The Washington Post is reporting that before the journalist disappeared on Oct. 2, Saudi officials discussed a plan to lure Khashoggi back to Saudi Arabia.

This image taken from CCTV video obtained by the Turkish newspaper Hurriyet and made available on Tuesday, Oct. 9, 2018 claims to show Saudi journalist Jamal Khashoggi entering the Saudi consulate in Istanbul, Tuesday, Oct. 2, 2018. (CCTV/Hurriyet via AP)

Saudi Arabia has been accused of being behind the disappearance. Saudi officials denied the allegations, calling them “baseless,” and saying the journalist left their premises.

A squad of 15 Saudi Arabian men reportedly flew to Turkey just in time for Khashoggi’s visit to the consulate for paperwork to marry his Turkish fiancée. The squad left by the end of the day -- the same day the journalist was last seen -- raising questions about their role in the potential state-sanctioned murder.

Saudi Arabia denied the reports that they sent a team of their agents to Turkey, saying they only sent a team on Saturday whose aim was to find the missing journalist.

But Top Turkish security officials told the New York Times that the team of Saudi agents dismembered Khashoggi’s body with a bone saw and then flew out of the country. “It is like ‘Pulp Fiction,’” the official said.

The official said that most or all of the 15 men held roles in the Saudi government or security services. One individual was an autopsy expert and could have helped to dismember the body of the journalist, an unidentified official told the newspaper.

The official also said the journalist may have been killed on the orders of the highest levels of the Saudi royal court. 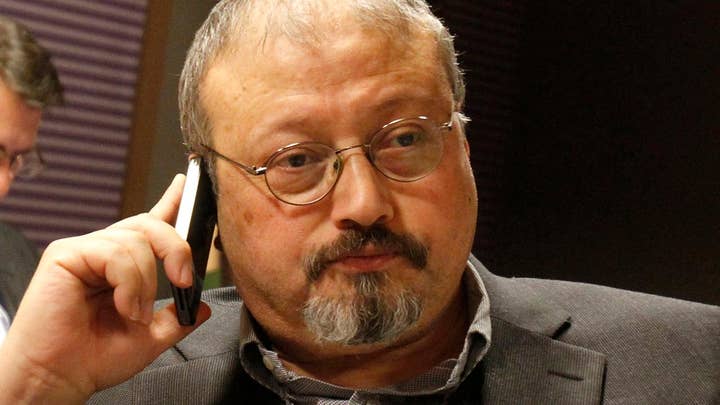 The findings, of which Turkish President Recep Tayyip Erdogan was informed, may put additional pressure on the Saudi government which so far denied any involvement in the alleged killing or abduction of the journalist.

The journalist’s fiancée, Hatice Cengiz, wrote an op-ed on Tuesday expressing hope her man is still alive. “Although my hope slowly fades away each passing day, I remain confident that Jamal is still alive,” she wrote. “Perhaps I’m simply trying to hide from the thought that I have lost a great man whose love I had earned.”