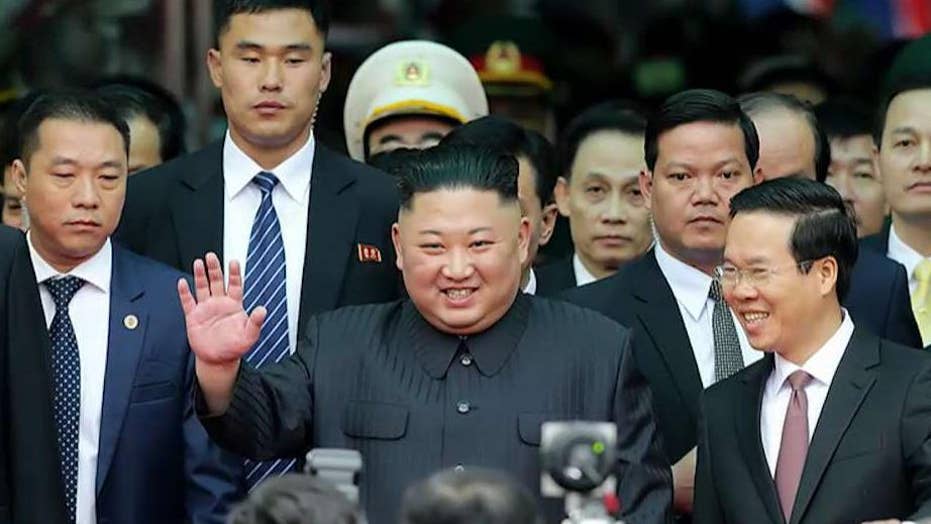 US military flew reconnaissance missions over the Korean Peninsula to monitor for unusual military activity in North Korea and spy on their communications; Lucas Tomlinson reports from the Pentagon.

The U.S. ambassador to South Korea said Thursday he was “surprised” and “glad” that North Korea failed to deliver its threatened “Christmas gift” to the U.S. after Kim Jong Un’s end-of-year deadline to settle nuclear negotiations with the Trump administration passed without a compromise.

“You can say that I personally was surprised. But I’m glad also ... there was no Christmas gift,” Ambassador Harry Harris told reporters in Seoul. “Washington was ready for any eventuality, and we were all glad that there was no ICBM test or nuclear test.”

Kim’s regime wanted sanctions eased by the end of the year and warned that its “Christmas gift” to the U.S. would depend on what action Washington took in the talks.

The warning was seen as a vague threat of a potential year-end provocation that prompted speculation of a new missile test, possibly of an intercontinental ballistic missile capable of delivering a nuclear warhead.

Pyongyang hasn’t conducted any new weapons tests despite the U.S. not meeting the Kim-imposed deadline to make concessions.

Harris said he was surprised and pleased that North Korea did not give the U.S. an unwelcome “Christmas gift” because of stalled nuclear disarmament talks, and that President Donald Trump is still confident it will denuclearize. (Heo Ran/Pool Photo via AP, File)

Harris said Trump believes Kim will live up to the Singapore pledge made during the leaders’ first summit in 2018 to complete total denuclearization of the Korean Peninsula and build a lasting peace between the nations.

“President Trump ... is still confident that Kim Jong Un will meet the commitment that they both made together in Singapore,” Harris said. “We should focus on President Trump’s view that there is room for discussion here.” 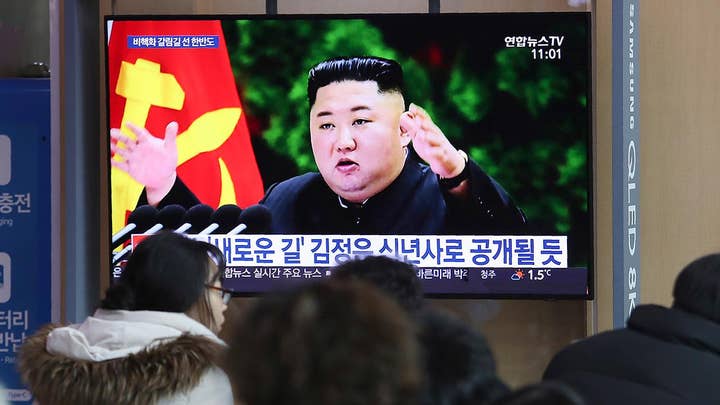 The two subsequent summits and other low-level meetings, however, have not progressed the agreements and prospects for a restart of diplomacy are unclear.

Harris said both Trump and South Korean President Moon Jae-in “are keeping the door open to negotiations and hoping Kim Jong Un will walk through that door.”

Kim began the new year with a warning, threatening that if the U.S. maintained its "hostile policy" toward North Korea, "the world will witness a new strategic weapon."