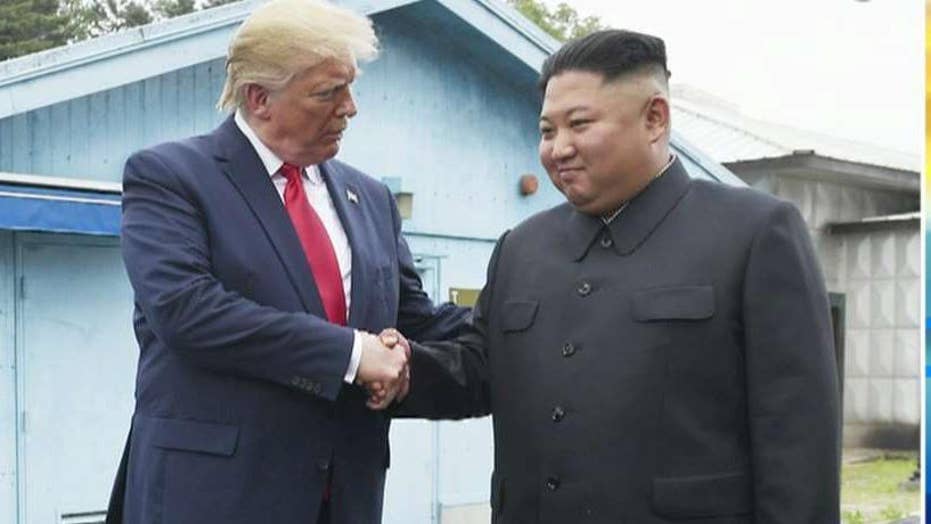 North Korea falls short on 'Christmas gift' to US

North Korea had warned of a possible missile launch or nuclear test amid stalled nuclear negotiations with the U.S.

North Korea has not yet followed through on its ominous warning of a "Christmas gift," but that doesn't mean the rogue regime's threat is not real, former CIA officer Bryan Dean Wright said Thursday.

Speaking on “Fox & Friends” on Thursday morning Wright said, “We have to remember that we have a neurotic kid who is at the head of a nuclear armed state so the threat is real.”

“Even though it didn’t happen yesterday, it could certainly happen today and in the days to come,” he added.

North Korea’s vague threats of a potential year-end provocation have analysts and ex-officials urging the Trump administration to consider tougher treatment toward Pyongyang in 2020.

Kim Jong Un’s regime wants sanctions eased by the end of the year, and its warnings have prompted speculation Pyongyang could be planning a new weapons test, possibly of an intercontinental ballistic missile capable of delivering a nuclear warhead.

North Korea may be considering several options. Officials say the regime could instead test any range of components used for intercontinental ballistic missiles, only mounted on shorter-range missiles. One official said the intelligence is “murky.”

A new satellite image of a factory where North Korea makes military equipment used to launch long-range missiles shows the construction of a new structure.

“If I were to sit down with the president and give him counsel it would be to continue with the diplomatic efforts, we have to focus on that kind of a solution and we also have to start exploring covert action operations with the CIA obviously working in close collaboration with the military," Wright said.

“We need to start targeting both the facilities and the people involved in this program. Both carrot and stick. And I think that the president understands that,” Wright continued. “I think he leans much more towards trying to find a diplomatic solution here, but we also have to remember that this isn’t just about North Korea and the Peninsula, this is also about Kim Jong Un selling all of his weaponry abroad to places like Syria, Iran, so this problem isn’t just localized, it’s global and the president knows that and I think that he’s got to maybe lean a little bit heavier on some of the solutions to take care of this problem.”