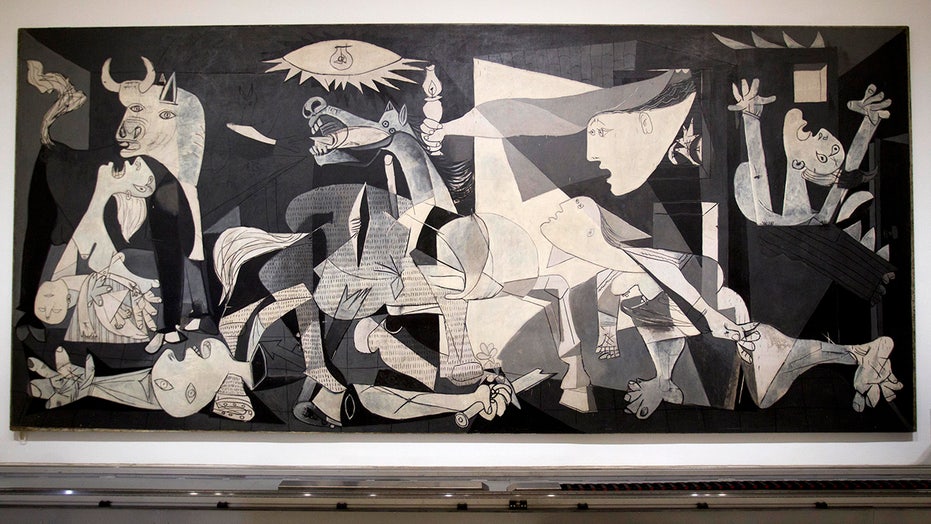 The United Nations apologized Monday for mischaracterizing Pablo Picasso’s famous anti-war painting “Guernica” in a tapestry reproduction on its website.

The large oil painting – on display in Spain’s Museo Reina Sofia – depicts the violence and chaos following the devastating April 26, 1937 bombing of the Basque town of Guernica at the hands of Nazi Germany and Fascist Italy.

According to historians, the town was seen as the northern bastion of the Republican resistance movement during the Spanish Civil War.

At the behest of Spanish Nationalists – which were led by General Francisco Franco and sought to restore a Spain based on law, order and traditional Catholic values – Nazi soldiers bombed Guernica for two hours, destroying much of the town.

A scene of devastation in Guernica after an aerial bombardment by German and Italian planes which caused great loss of life, With what started as a military uprising in Morocco, headed by General Franco, the fighting spread rapidly to start the Spanish Civil War, Outside support was provided by the International Brigade who helped the Republican cause and by Germany and Italy both allied to the Nationalists, Once Government resistance was exhausted, many of their people fled to France and the Nationalists entered Madrid on 28th March 1939 with General Franco then being able to call an end to the war (Photo by Haynes Archive/Popperfoto via Getty Images/Getty Images)

Because a majority of Guernica’s men were away fighting in the war at the time of the bombing, the town was populated mostly by women and children.

Picasso, who had been commissioned by the Spanish Republican government to create a large mural for the Spanish pavilion at the 1937 Paris World’s Fair, used the eyewitness accounts of the bombing as the inspiration. He finished it on June 4, 1937.

Pablo Picasso's "Guernica" painting displayed at the Reina Sofia Museum in Madrid. The museum was one of a number of places visited by Raf Casert on a father-son trip to the city with his teenage son. (AP)

Stephane Dujarric, the spokesman for UN Secretary-General Antonio Guterres, told reporters Monday that the agency became aware over the weekend that the tapestry reproduction of the famed painting on the U.N. Gift Management website incorrectly attributed the atrocities in the painting to the Republic of Spain, instead of the Nazis and the Spanish Nationalists.

“We regret the error and extend our apologies to the people and government of Spain,” he said in a news briefing. “The Republicans were the victims, not the perpetrators.”

He called it a “horrendous mistake.”

Dujarric said the website is down for maintenance so the necessary correction can be made and a “full review of the website contents.”

A full-size tapestry reproduction of the original black, white and gray painting hangs outside the entrance to the U.N. Security Council chambers.