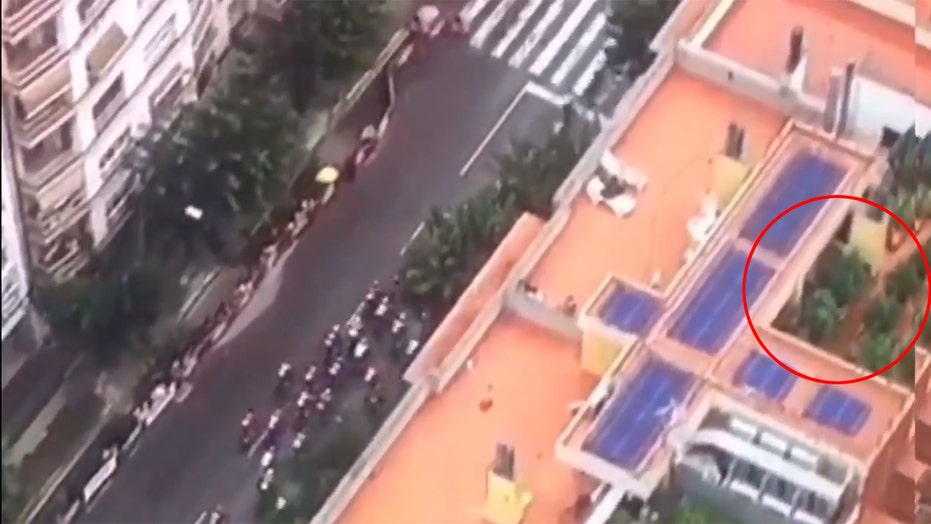 Authorities in Catalonia seized 40 cannabis plants on Tuesday in Igualada, a town located 43 miles outside of Barcelona, after videos were posted on social media, a spokeswoman for the regional force, Mossos d’Esquadra, told Reuters.

MAN THROWS FRIDGE DOWNHILL TO MOK RECYCLING, SPANISH POLICE ORDER HIM TO BRING IT BACK UP

Spain’s Guardia Civil released the aerial footage of the crop set up on two separate plots, which was taken as racers neared the finish line of Saturday’s stage eight.

No arrests have been made as officers continue to investigate, the spokeswoman told the Guardian, adding that they were unable to determine who the plants belonged to because the roof terrace wasn’t connected to any apartments in the building.

Growing marijuana on private property for personal use is legal in Spain, while buying or selling it remains a criminal offense, according to the Local.

La Vuelta, a 21-day race that takes cyclists through Spain and parts of France and Andorra, is the final Grand Tour of the year and finishes on Sept. 15.