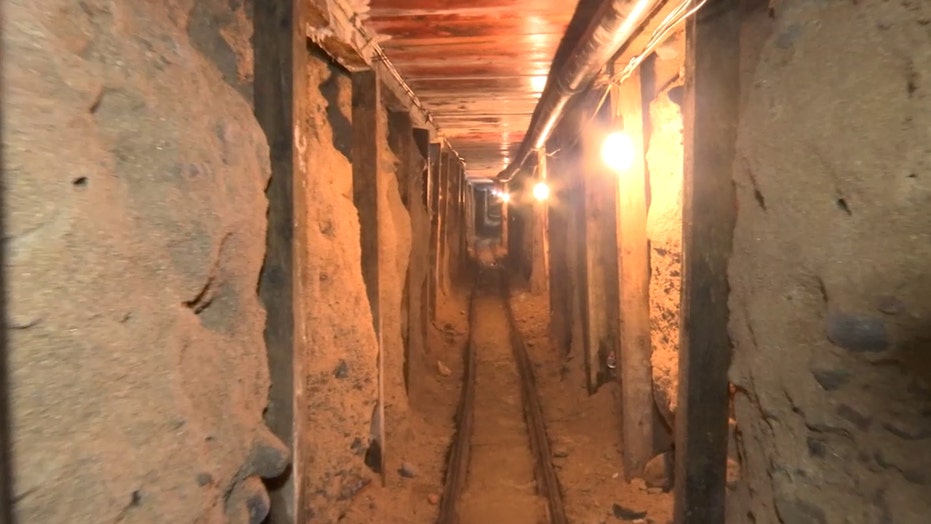 Raw video: Footage shows two tunnels that were discovered in the border city of Tijuana that lead into California. One of the tunnels reached to San Diego, California, and the other was unfinished, officials said. They were apparently used by the Sinaloa drug cartel to move drugs into the U.S.

Mexican police have discovered two additional tunnels that officials believed drug traffickers used to sneak from the border city of Tijuana into the United States.

Entrances to the tunnels were spotted in an area of warehouses across from Otay Mesa, officials said. One of them reached to San Diego while the other was unfinished.

Photos and videos provided to Fox News by Attorney General’s Office showed wooden steps leading to the tunnels equipped with rails and trolleys. They were hidden behind fake cinder block and metal doors.

Prosecutors did not say how long the tunnels were or where they ended in San Diego.

The Attorney General’s Office said the notorious Sinaloa cartel apparently used the tunnels to move drugs into the United States.

The U.S. consulate in Tijuana had reported the tunnels were being reactivated after drug traffickers apparently abandoned them for a while.

Investigators found similar tunnels earlier this year including one running a half-mile from a Tijuana house equipped with a large elevator to a lot in San Diego that was advertised as a wooden pallet business.