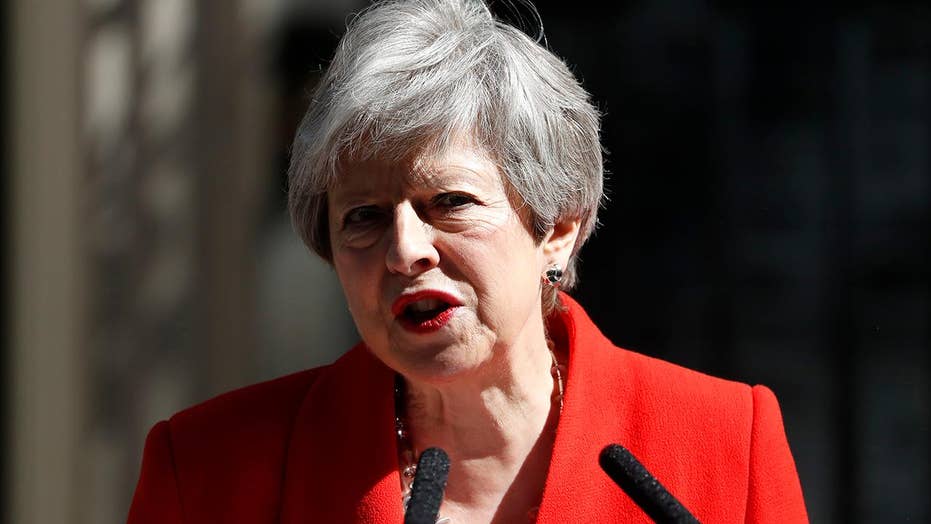 Theresa May announces resignation: What's next for the UK and Brexit?

British Prime Minister Theresa May announces she is stepping down on June 7 amid anger over her handling of Brexit; Greg Palkot reports on who may step into the job and the future of Brexit.

British Prime Minister Theresa May announced Friday that she will resign -- ending her months-long struggle to keep her job despite seething anger from her own Conservative Party over her handling of Brexit.

"I believe it was right to persevere even when the odds against success seemed high. But it is now clear to me that it is in the best interests of the country for a new prime minister to lead that effort," she said outside 10 Downing Street. 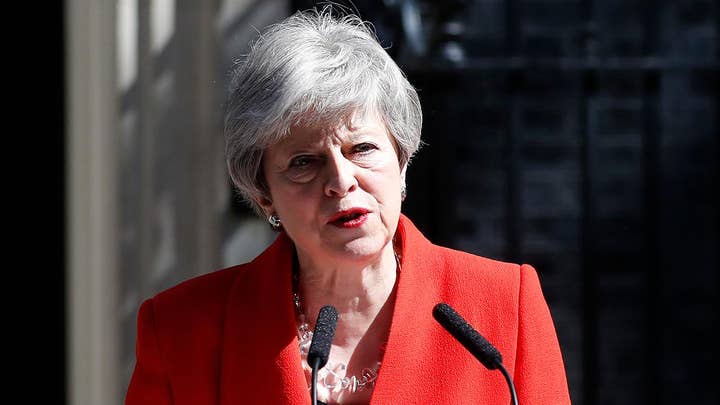 Her voice breaking with emotion, she said she is leaving "with no ill will, but with enormous and enduring gratitude to have had the opportunity to serve the country I love."

May spoke outside 10 Downing Street after a meeting with Graham Brady, the head of the 1922 Committee of Conservative Party backbenchers. She said she will step down on June 7. Her resignation will trigger a party leadership contest, and whoever wins that contest will take over as prime minister.

I believe it was right to persevere even when the odds against success seemed high. But it is now clear to me that it is in the best interests of the country for a new prime minister to lead that effort

British Prime Minister Theresa May reacts as she turns away after making a speech in the street outside 10 Downing Street in London, England, Friday, May 24, 2019. Theresa May says she'll quit as UK Conservative leader on June 7, sparking contest for Britain's next prime minister.  (AP)

THERESA MAY TO RESIGN AS BRITISH PRIME MINISTER: TIMELINE OF BREXIT AND EVENTS THAT LED TO HER DEMISE

May’s announcement came the morning after Brits went to the polls to vote in the European Parliament elections, with Britain only participating due to its departure from the E.U. being delayed until October. Full results are not expected for days but polls suggested her Conservative Party were expected to be punished severely for the government’s handling of Brexit, with polls suggesting the Tories could receive just single-digit support.

A YouGov poll for The Times of London published Wednesday found that the Tories would come in fifth place, with just 7% of the vote, while the newly-formed Brexit Party was predicted to cruise to victory with 37%.

May’s position, under siege for months, became untenable earlier this week after she announced a “new Brexit deal” on Tuesday. That new compromise included a number of fresh measures to try and bring MPs round to her enormously unpopular withdrawal agreement, which had been voted down three times by Parliament.

Britain's Prime Minister Theresa May walks back after addressing the media in Downing Street in London, Friday, May 24. May has announced that will step down as U.K. Conservative Party leader on June 7, sparking a contest to become Britain's next prime minister. (AP)

THERESA MAY WILL REMAIN FOR TRUMP VISIT, EU SUMMIT - BUT WHAT HAPPENS NEXT?

“I have done everything I can to convince MPs to back that deal, sadly I have not been able to do so,” she said Friday.

That agreement, negotiated with the E.U. last year, had been criticized by Brexiteers who claim it does not properly secure Britain’s exit from the bloc, and opposed by anti-Brexit lawmakers who are seeking a second referendum.

“The basic constitutional principle is that the prime minister has to command majority in the House of Commons, and it is quite clear the prime minister, Theresa May, does not command such a majority,” Brexiteer MP Jacob Rees Mogg told Sky News Friday.

In an attempt to bring anti-Brexit lawmakers on board, May announced Tuesday that she would include in her new bill a guarantee of a parliamentary vote for a second referendum, as well as a vote on keeping the U.K. in a temporary customs union until the next general election.

That last gasp effort to get her agreement the majority it needed to get over the line backfired spectacularly and appears to have hastened her already inevitable departure from 10 Downing Street.

The concessions infuriated pro-Brexit Tory MPs, with former Brexit minister David Jones telling The Daily Telegraph that “I have never seen such anger among colleagues.”

“She is desperate, she is deluded, she is doomed,” he said. 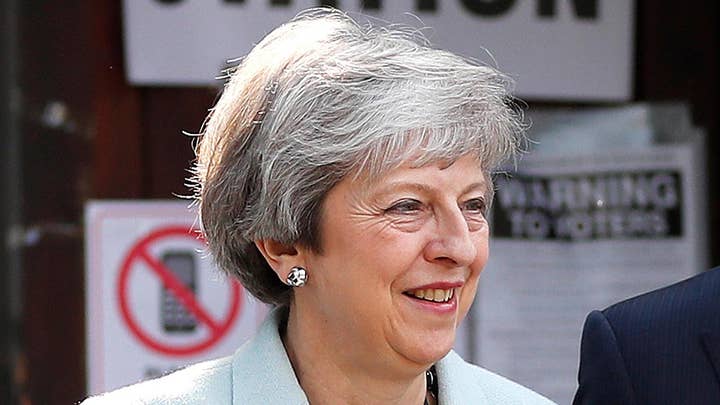 But May’s agreement was also brushed off by the opposition Labour Party, with leader Jeremy Corbyn dismissing it as a “rehash” of what has been previously discussed. Talks between Labour and Conservative Party lawmakers to break the Brexit impasse had broken down last week.

May had survived a vote of no-confidence by her own backbenchers in December, leaving her secure until December this year. However, British media reported that the 1922 Committee of backbench MPs were threatening to change the rules if she did not step down after Thursday’s elections.

May’s formal announcement of her plans to depart will add fuel to a leadership race already underway. Tom Tugendhat MP told Sky News Wednesday that “the shadow boxing campaign that is the leadership campaign already began a few weeks ago.”

Former Foreign Secretary Boris Johnson, who resigned over May’s handling of Brexit, said last week that he intended to enter the leadership race whenever a vacancy arose. Other candidates could include Home Secretary Sajid Javid, former Brexit Secretary Dominic Raab and Andrea Leadsom -- who was a candidate in the 2016 leadership race.

Her announcement could complicate the upcoming June 3 state visit by President Trump to London to mark the 75th anniversary of D-Day, where he will also meet with Queen Elizabeth II.

May will still be in office during that visit, meaning it will nix the chance for a new prime minister to forge ties with the American president at a time where such relations are vital. A U.S.-U.K. trade deal is a top priority for the U.K. as it looks to depart from the European Union and begin making its own trade agreements -- and Trump has said “the potential is unlimited” for such a deal.