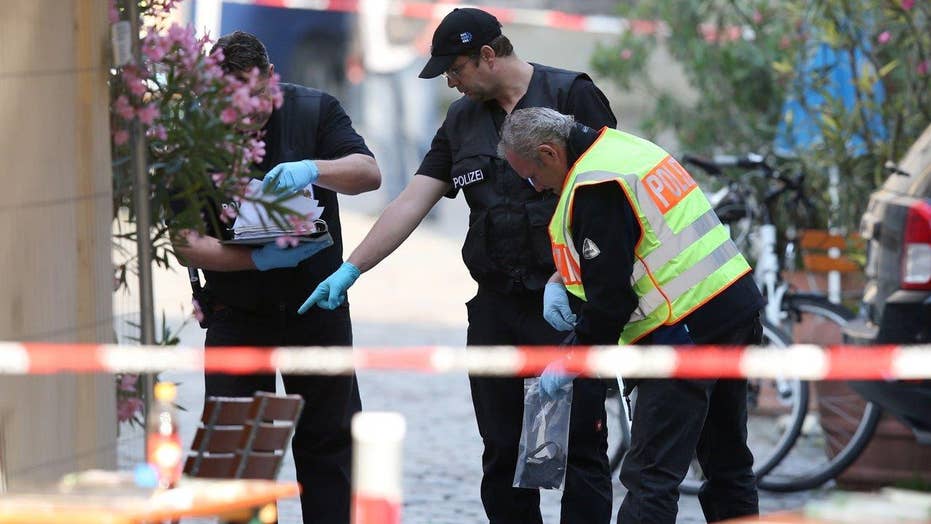 Police investigate 4th attack in Germany in one week

A man opened fire Tuesday at a hospital in Berlin, killing a doctor and turning the gun on himself in the latest deadly shooting to rock Germany, investigators said.

Berlin police initially said the doctor had suffered life-threatening injuries, but later said he had died. Police said they were still investigating but there was no indication of a "terrorist background" to the attack.

The shooting unfolded at the mouth, jaw and face surgery unit of the Benjamin-Franklin Hospital in the southwestern district of Steglitz. The gunman was a patient, police told AFP.

Investigators did not name the doctor or the shooter.

The attack occured the same day top security officials in the country called for tougher screening of asylum-seekers. They announced more police officers would be hired following four major attacks in the country in the span of a week — two of them claimed by the extremist Islamic State group.

Horst Seehofer, the governor of Bavaria — where three of last week's attacks took place — told the daily Sueddeutsche Zeitung Tuesday: "We must know who is in our country."

Thomas Strobl, the interior minister of Baden-Wuerttemberg, where a woman was killed by a Syrian attacker Sunday, also demanded a tougher stance toward asylum-seekers.

"Those who abuse the right to hospitality must go back to their home countries — make no mistake about it," Strobl told Funke media group.