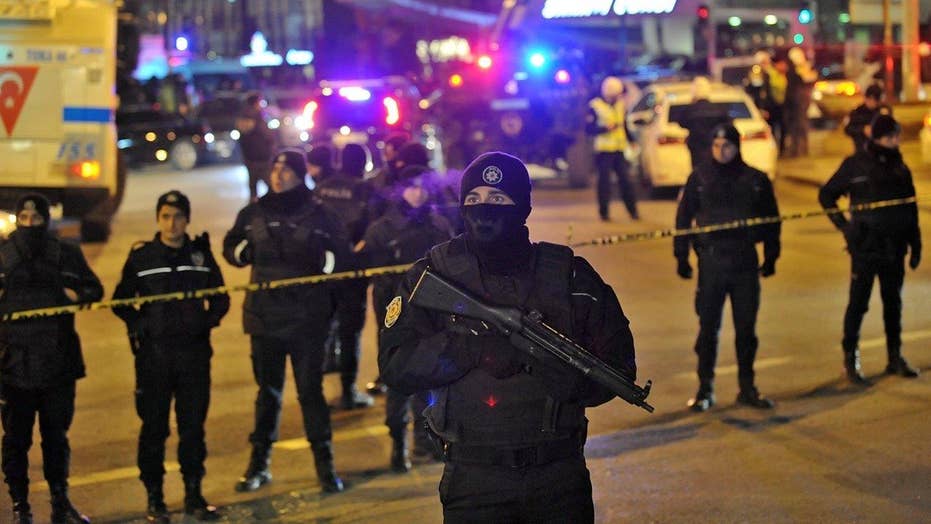 What is the US doing to combat terrorism in Turkey?

Bias Bash: Ellen Ratner on how the media is reporting the dangers of traveling to Turkey but not on what the US is doing to assist the Turkish government in combatting terrorism

Turkey’s government is pushing to extend a nearly six-month-old state of emergency following the deadly New Year’s attack claimed by Islamic State, as it struggles to contain rising terrorist threats.

On the third day after the assault that killed at least 39 people—mostly foreign tourists—the lone gunman remained at large. Police widened their nationwide raids Tuesday, doubling the number of detainees to at least 16 people, including two foreign nationals who were entering the international terminal at Istanbul’s Atatürk airport, authorities said.

Yet there is little information about the identity of the assailant, beyond photographs of a suspect released by police. Turkish officials are declining to confirm details about the investigation. Local media have widely circulated the photographs, speculating on his name, nationality and organizational links.

On Tuesday, Prime Minister Binali Yildirim’s cabinet introduced in parliament a three-month extension to the continuing state of emergency, imposed after a failed coup attempt in July.