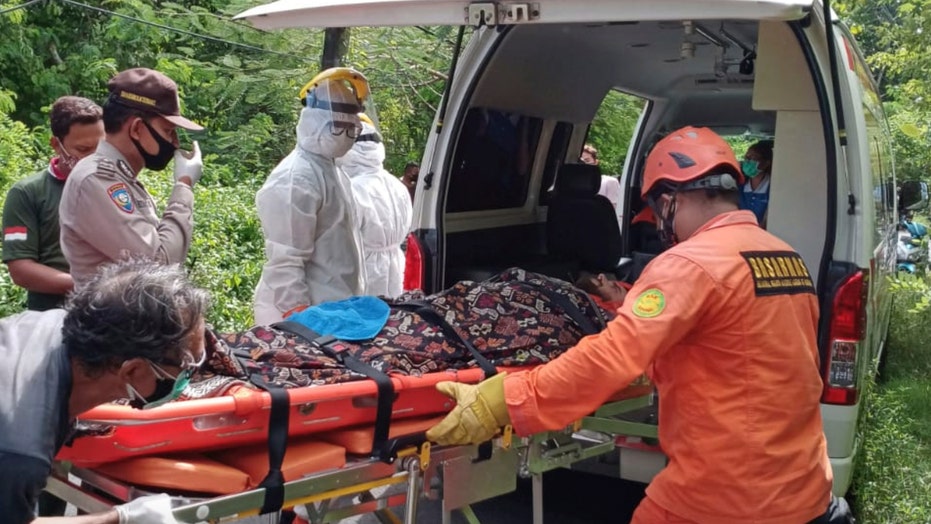 A tourist has been rescued from the bottom of an abandoned well in Bali after being trapped there for nearly a week, police say.

Roberts Jacob Matthews, 29, who suffered a broken leg after plunging into the 13-foot well on the Indonesian island, was pulled out Saturday following a call for help that was heard by a farmer.

“He told authorities that he had been trying to evade a wild dog that chased him,” police chief Yusak Agustinus Sooai told The Associated Press. “He survived only by drinking water in the well.”

Rescuers carry Ukrainian man Roberts Jacob Matthews on a stretcher into an ambulance in Pecatu, Bali, Indonesia, on Saturday. (AP/BASARNAS)

The farmer who heard Matthews’ pleas gave him food and water and tried to help by throwing him a rope, but he said he couldn't be pulled up because of his injuries.

Sooai said a team from a local search-and-rescue agency, wearing personal protective equipment because of the coronavirus outbreak, went down into the well, lifted Matthews out, and took him to a nearby hospital for treatment.

Matthews, who has been vacationing on Bali since March, holds a Ukraine passport and a driver's license issued by the United Kingdom, Sooai added.