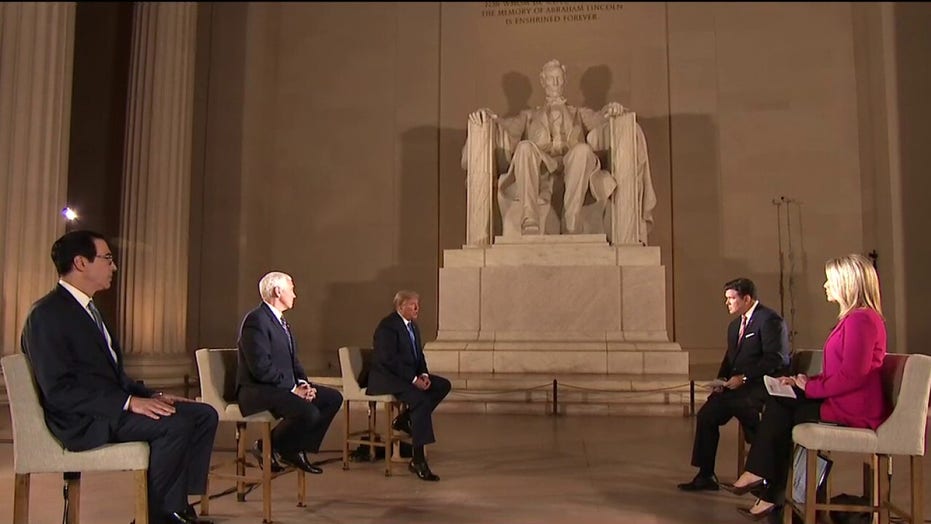 President Trump is asked a question from a food manufacturer on the additional operating costs from China tariffs during a Fox News virtual town hall.

Ben Wallace, the U.K. defense secretary, said in an interview Monday that China must answer to allegations that it was less than transparent in the early days of the coronavirus outbreak.

TRUMP RIPS WHO, CHINA OVER RESPONSE IN FOX NEWS EXCLUSIVE

“The time for for the post mortem on this is after we’ve all got it under control and have come through it and our economies are back to normal,” he told LBC radio, Reuters reported.  He said China needs to be “transparent about” what it learned in dealing with the virus that is believed to have started in Wuhan.

The U.S., led by Secretary of State Mike Pompeo, has called on Beijing to help in the investigation into how the virus started because learning that detail can help scientists work for treatment or vaccine.

Pompeo said Beijing was responsible for the spread of disease and must be held accountable.

He told ABC’s “This Week” that he had no reason to believe that the virus was deliberately spread. But he said, “Remember, China has a history of infecting the world, and they have a history of running substandard laboratories.”

“These are not the first times that we’ve had a world exposed to viruses as a result of failures in a Chinese lab,” Pompeo said. “And so, while the intelligence community continues to do its work, they should continue to do that, and verify so that we are certain, I can tell you that there is a significant amount of evidence that this came from that laboratory in Wuhan.”