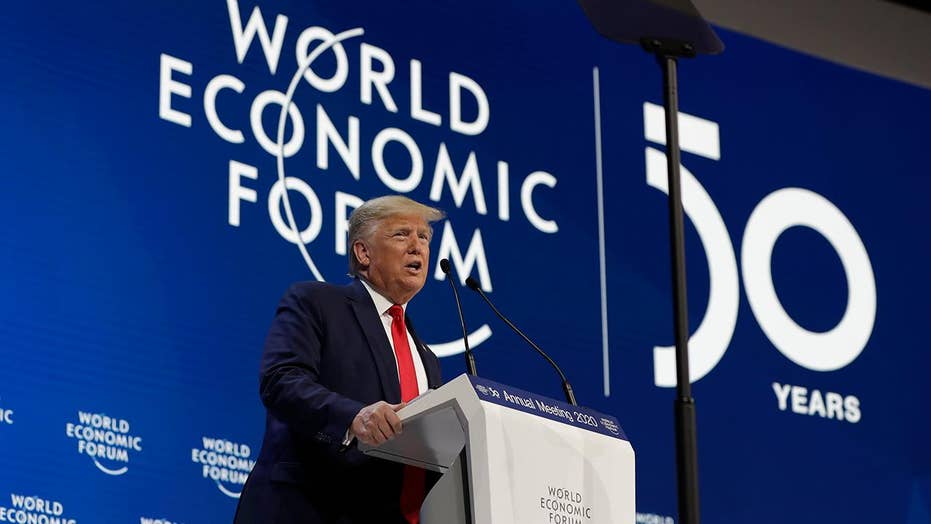 Trump in Davos: Before my presidency, the global economic outlook was weak

President Trump touts the U.S. economy in remarks at the World Economic Forum in Davos, Switzerland.

Swiss police foiled a suspected spy operation by two Russians posing as plumbers in Davos, where world leaders are meeting this week for the annual World Economic Forum, according to Tuesday report.

Switzerland’s Tages Anzeiger newspaper reported the Russians had aroused the suspicions of Swiss police back in August.

A police security guard patrols on the roof of a hotel ahead of the World Economic Forum in Davos, Switzerland, Monday, Jan. 20, 2020.  (AP)

Spokeswoman Anita Senti of the Grisons regional police department said the two Russians had claimed to be diplomats when they were picked up and questioned as part of a “normal check.” She said they were not accredited as diplomats with Swiss authorities.

“It is true that we checked two Russian citizens in Davos and they identified themselves with diplomatic passports, but we could not ascertain any reason to detain them. They were allowed to go,” Grisons said.

A spokesman for the Russian embassy in Bern suggested that the men identified themselves as plumbers as "probably a dumb joke.”

“Diplomatic passports are given to high-ranking officials, not to manual laborers,” he said.

But Bill Browder, an investment fund manager who has led a campaign to expose corruption in Russia, said the alleged plot shows the supposed reach of the Russian government.

“The Russians are actively targeting all of their enemies in all different countries – they have huge resources and Davos is an important place, and this is the one place I can come and personally challenge Russian officials over the murder of Sergei Magnitsky,” Browder told Reuters in reference to his lawyer who died in a Moscow prison in 2009.