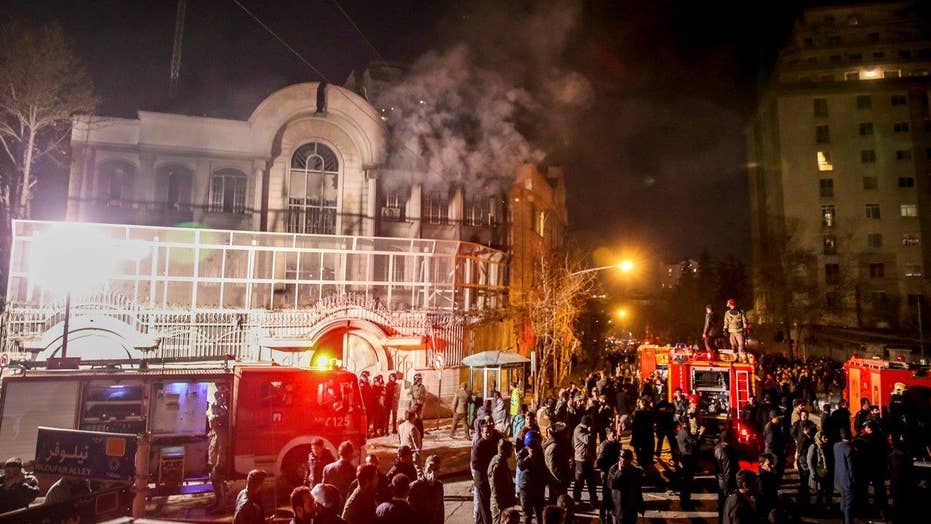 Amb. John Bolton on the storming of the Saudi Arabia embassy in Iran

Nimr al-Nimr was just one of 47 people Saudi Arabia executed on Saturday, but his death laid bare the volatile divide that has cleaved Islam for nearly 1,400 years and now threatens to re-ignite a Middle East war between Muslims.

“This gives the legitimacy for every Muslim, really, to hurt the Saudis as part of the Holy war.”

A cleric revered as an “ayatollah” in his native Iran, Al-Nimr was a Shia Muslim who had long railed against the royal family in the Sunni majority Kingdom. By beheading him, and then displaying his body on a crucifix, the Sunni government in Saudi Arabia has deeply offended Iran, the stronghold of Islam’s Shia sect.

“The killing by the Saudis of a Shia cleric is a great shame to Shias around the world,” said Shaul Gabbay, executive director of the Global Research Institute at the Posner Center for International Development in Denver. “It is now, their responsibility to seek revenge for his blood, as he is a part of the "Um ma," or the extended family.

“This gives the legitimacy for every Muslim, really, to hurt the Saudis as part of the holy war,” Gabbay added.

Worldwide, Sunnis make up about 85 percent of the world’s 1.6 billion Muslims. Sunnis, who believe the true lineage of Prophet Mohammad lies with those who most closely followed his teachings, control powerful Muslim nations including Saudi Arabia, Egypt, Turkey and Pakistan. In addition, most Muslims in Africa are Sunnis.

Shias are a relatively small minority of Muslims, concentrated in Iran and Iraq. They believe bloodlines, not devotion, dictate the prophet’s line of successors. Throughout history, Shias have rejected the authority of Muslim leaders elected by the people, instead following a line of clerics they consider to have been appointed by Mohammad or Allah.

The divide goes back to the period following Mohammad’s death in 632, when his close confidante Abu Bakr became the first Caliph of the Islamic nation. Shias believed the rightful heir was Mohammad’s cousin and son-in-law, Ali bin Abu Talib.

The Sunni vision prevailed, but the bad blood was only beginning. Years later, the Caliphate’s Sunni troops killed the son of Ali bin Abu Talib, in an event commemorated annually by the Shia to this day.

Both sects have spawned more than their share of terrorists, though the terror organizations operate differently. Al Qaeda, ISIS, Al-Shebab and Boko Haram are Sunni organizations, while Iranian-sponsored terrorist groups, including Hezbollah, are Shia.

Sunni terrorists “tend to operate in a continuous, mid-to-high-intensity manner, seeing war against infidels and apostates as a perennial condition,” according to Thomas Lynch, of the Institute for National Strategic Studies and formerly of Brookings Institution.

Shia terror is typically carried out by groups or agents close to the Iranian government, and features “discrete terror campaigns tethered to state and organizational objectives,” Lynch wrote.

Differences between Sunnis and Shia extend to certain rituals involving prayer and marriage, yet the two sects can live peacefully together. In Iraq, which is majority Shia, yet includes a large Sunni population, Saddam Hussein ruled for three decades as a secular Sunni.

But experts say the hardcore theocratic leadership of Iran, with tentacles of terror extending throughout the Middle East, is bent on spreading the influence of Shia. That may be one reason the Saudis sought to send a powerful message with the beheading of Al-Nimr, who was one of approximately 50 ayatollahs in the world, a title that literally means “sign of God,” and is reserved for only those with the highest knowledge of the Koran and Islamic jurisprudence.

His execution was a milestone in the long-running feud between Islam’s two rival sects, said Gabbay.

“This is one extremely important event that took place in an already volatile region which is going through its most challenging transformations and religious conflicts,” Gabbay said. “The Saudi Kingdom has miscalculated the ramifications of this, and in my opinion it is going to have immense implications in the near future.”