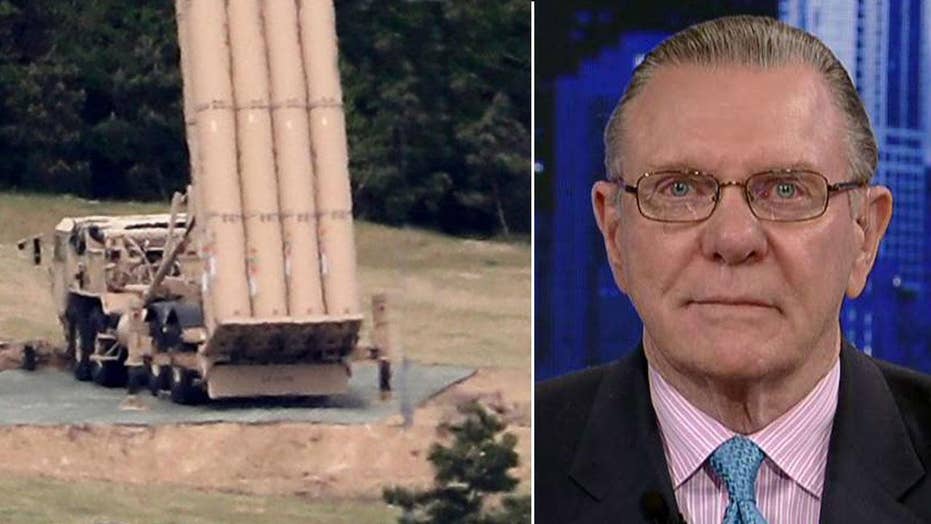 South Korea suspends plan to receive defense weapons from US

South Korea has suspended the rollout of the U.S. missile defense system designed to respond to threats from North Korea, officials announced Wednesday, in a move seen as a setback for the Trump administration.

The Terminal High-Altitude Defense System (THAAD) has already been in operation in southeastern South Korea, with two launchers and radar. The system typically has six launchers – four of which are in in South Korea, but have yet to be installed.

South Korea’s new President, Moon Jae-in, said his office was not briefed on the arrival of four new launchers and ordered an investigation. He also demanded an environmental assessment on the deployment site, saying the country’s Defense Ministry might be attempting to avoid an environmental inspection there.

Trump administration officials have said they aimed to complete the rollout by the end of this year. However, analysts say the environmental test would make it more difficult to achieve that goal.

The State Department referred inquiries about the situation to the South Korean government.

“The United States and South Korea have worked closely together on Alliance issues and we look forward to continuing our close coordination following the Moon administration,” a State Department official told Fox News.

THAAD’s six launchers are using on a rotation – so the delay of the additional four launchers would lead to the already-deployed two launchers being overused, an analyst told The Associated Press, but noted it wouldn’t cause any serious trouble in THAAD’s operations.

It was a campaign pledge of Moon’s to review the THAAD system as a whole but it’s unclear if he will move forward with that pledge.